Recycling: What's happening and what you can do

Buyers of recyclable materials have changed their standards and that's affecting recycling in Oregon. From what plastics you can recycle to the future of the system, here are answers to common questions about recycling in greater Portland right now. 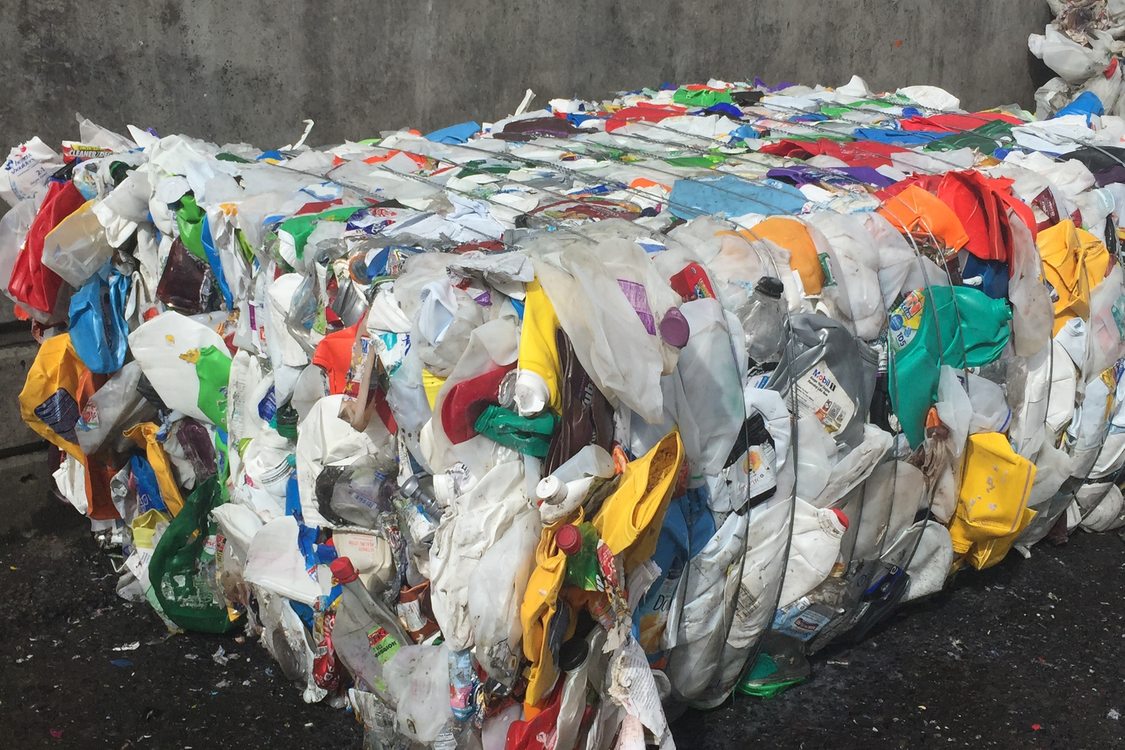 Are the items I put in my recycling bin still getting recycled?

Yes. Nearly all of the items that belong in your recycling bin at home or at work in the greater Portland area are getting recycled. Local processors have adjusted their sorting practices, and are finding new markets. But that could become more difficult as more states and countries chase the same markets.

If recyclables do go to a landfill, it would be only as a last resort, for the fewest items possible, and for the shortest amount of time possible. Metro must approve requests to send materials collected as recycling to a landfill.

Oregon Department of Environmental Quality keeps a list of recyclers around the state that have requested to dispose of materials. Look for a document called "Disposal Concurrences" at the bottom of DEQ's webpage about market disruptions.

Why aren’t there more options to recycle this stuff locally or domestically?

Stay up to date

Subscribe to Metro News for the latest on recycling markets, information about how to recycle, and stories and videos about how the recycling system works.

Questions about what you can recycle? Ask Metro. Find information online or talk to a friendly expert at 503-234-3000.

The U.S. manufactures fewer products than it used to, so there has been much lower demand domestically for the recyclables that serve as the raw materials for products and packaging. In fact, manufacturing has long been a global system, and many of the products that Oregonians and Americans buy are produced abroad. As international manufacturing has grown, international markets for the recyclable materials used to make products and packaging became a cost-effective way to ensure recycling.

It's also been a cost-effective way to recycle. Manufacturers in China and some other countries have been willing and able to pay more for the recyclables than American manufacturers. And it’s been easy and cheap to send recycling abroad on empty ships headed back to China and other countries after they’ve unloaded goods along the West Coast.

What happens if we can’t find enough markets to sell our recycling?

Right now, Metro is working with a range of governments and businesses that play a role in the recycling system – this includes cities and counties, Oregon Department of Environmental Quality, processors of recyclables, and industry experts. Together, this group is working to determine what adjustments may be needed to keep our recycling programs strong and resilient over the long term.

Are the costs to recycle going to go up?

Know what goes in the bin - and what doesn't

It's important to keep items out of recycling bins that don’t belong there – things like plastic bags and plastic to-go containers.

The stuff you put in your recycling containers is sorted at a local facility, and similar items, such as all the paper, or all the plastic, are separated and baled for sale. Although the recycling is sorted, both with machinery and with human hands, items get missed. And when those items are mixed with recyclable items, they make the materials harder to sell. Recyclables that can't be sold can't be recycled.

In 2018, recycling rates for homes and businesses went up to cover the increase in costs for extra sorting and the use of new markets to sell recyclable materials. Those rate increases resulted from one of the biggest spikes in recycling costs we’ve ever seen. Customers may have noticed these increases more than usual because local garbage and recycling rates have stayed fairly flat over time relative to inflation and other increases in the cost of living. Over time, rate-payers may have to pay more to recycle than they do right now as the system adjusts to evolving market conditions.

Do changes in the recycling system affect my garbage bill?

Yes, your bill is affected by changes in the recycling system, including rising costs to throw away garbage, buy the fuel that goes in trucks and pay the people that collect your waste.

The cost of handling and processing recyclables collected from homes and businesses has steadily increased as the system has tried to adjust to market changes. Several jurisdictions are increasing the rates on garbage and recycling to help cover those added costs. If you have questions about your rates, call your local government.

I’ve heard that certain items we can recycle at home now, like margarine tubs or milk cartons, won’t be accepted in the future. Is this true?

We don’t know yet. It’s possible that changes will be made to what’s allowed in your recycling at home or work. That’s part of what governments and the recycling industry are working to figure out: Over the long run, what are the best materials to recycle in terms of the availability of markets and the environmental benefits that come from recycling?

If there are changes to the list of what goes in the recycling bin, Metro and local governments will communicate this information. For now, nothing has changed. And it’s more important than ever to know what goes in the bin and keep everything else out.

Why does it matter if there’s stuff in my recycling that isn’t recyclable?

The recycling you put in your recycling containers at home and at work is sorted – by machinery and by human hands – at a local facility. Similar items, such as all the paper, or all the plastic, are separated and baled for transport and sale.

When we put items in our recycling bins that don’t belong there, recyclables are harder to sort. As a result, the bales have too much other material in them and reduce the likelihood they can be processed and sold. Recyclable materials that can’t be sold can’t be recycled.

The extra costs for sorting and then disposing of non-recyclable items also makes the recycling process more expensive, and eventually that cost has to be shared by everyone, including rate-payers.

What happens to stuff in recycling bins that isn't recyclable?

The non-recyclable stuff won’t get recycled. It'll be thrown out.

When you put items like plastic take-out containers or frozen food boxes in your recycling bin, it adds costs to the system because it has to be sorted out. These items can also cause safety hazards to workers – like when plastic bags get caught in the equipment. Also important: When these items end up in bales of other materials, it makes other recyclables harder to sell to manufacturers.

I’ve been taking the plastic bags and plastic take-out containers to my grocery store, but now they aren’t taking them. Are you really telling me that these are now garbage?

There’s no place for clamshells to go, unfortunately. There remain some opportunities for bags – check your local grocery store for a collection container. You can also search Metro's database for places that may take a variety of plastics.

Recycling has never been the perfect solution for reducing waste. Before recycling, reduce and reuse. That can be difficult – plastic is everywhere. Try using your produce bags twice or use cloth bags instead, and look for other ways to reduce the amount of plastic you use. If you can make a better choice at the store, do it.

So which plastics can I recycle now?

Until recently, many grocery stores and recycling facilities in the Portland area took plastic bags and plastic containers that don’t go in the home recycling bin. But most of those options are not currently available. And that’s really frustrating for many people. Here’s what’s important to remember about plastic:

There’s a full list of what’s accepted at home at, as well as a database you can search for items that might be recyclable elsewhere, at the link below. You can also call 503-234-3000 with any questions you have about recycling.

Learn what plastic you can recycle at home

I can’t stand throwing away this plastic. Should I stockpile it until things change?

Storing recyclables can be problematic. Food residue in containers can attract bugs and rodents and break down the material so that it isn’t marketable. The best way to ensure you’re recycling as much as possible is to continue to follow the list of what goes in the bin at home or at work.

I live in Portland. Now that less stuff is recyclable, will the garbage get picked up every week instead of every other week?