Smaller homes could be a big driver for new housing, but red tape in the way 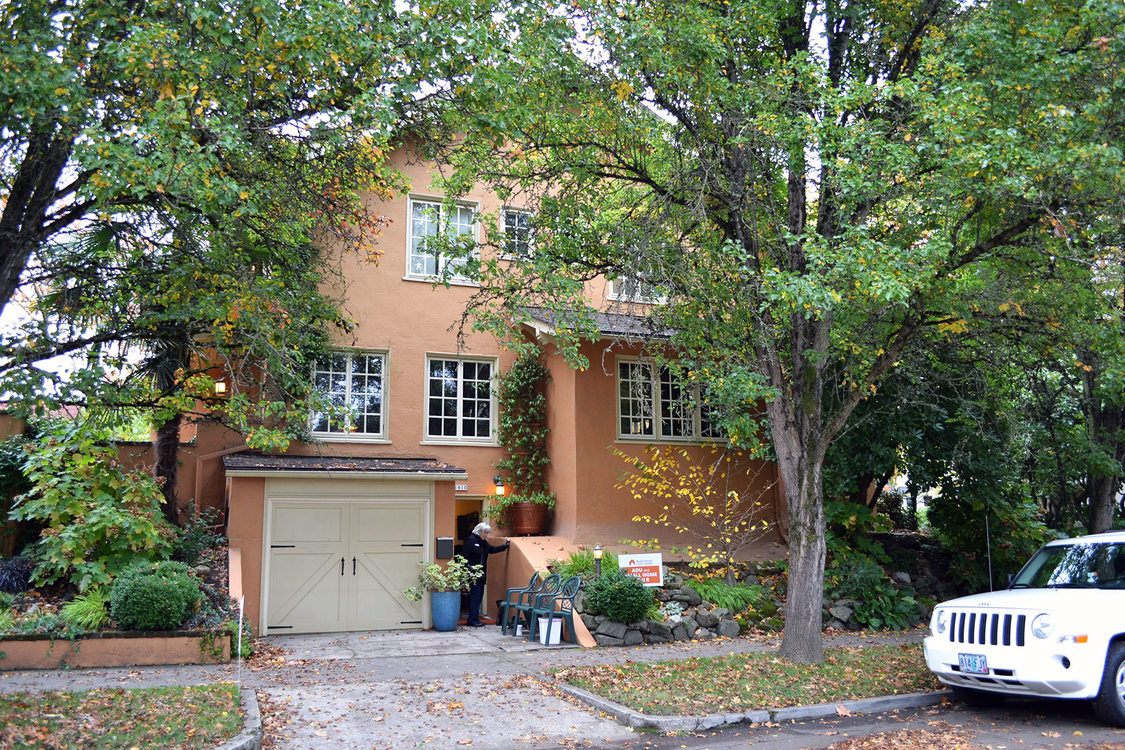 Owners of this three-story home in Portland’s Irvington neighborhood turned the basement into an 800-square-foot apartment.

Owners of this three-story home in Portland’s Irvington neighborhood turned the basement into an 800-square-foot apartment. 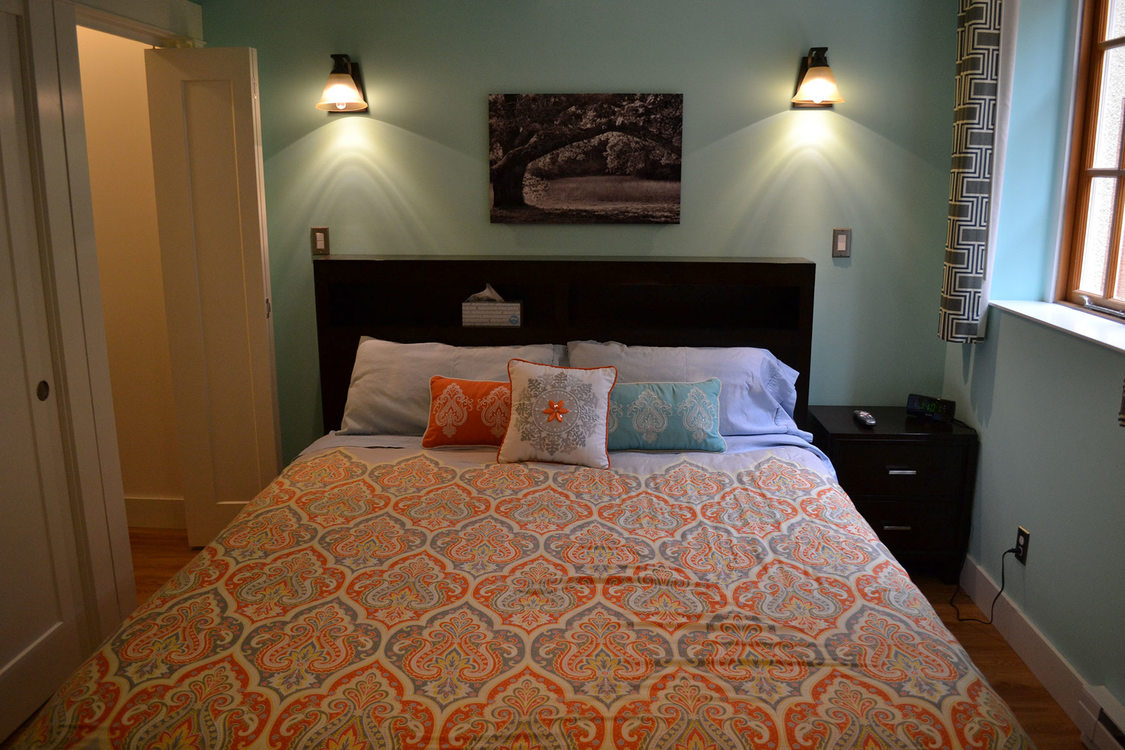 The bedroom of a basement apartment, nearly 800 square feet, in Portland’s Irvington neighborhood.

The bedroom of a basement apartment, nearly 800 square feet, in Portland’s Irvington neighborhood. 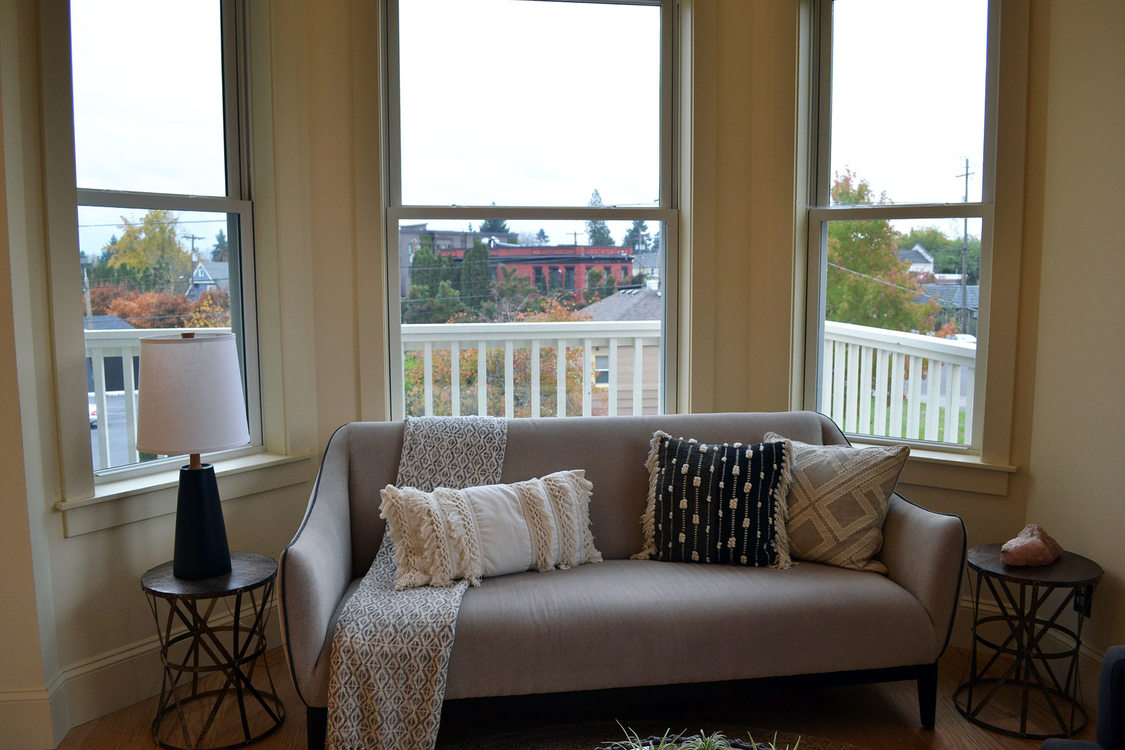 Not all accessory dwelling units are backyard units or basement apartments. A three-story Victorian home in Woodlawn is now a fourplex. Each apartment is less than 1,000 square feet.

Not all accessory dwelling units are backyard units or basement apartments. A three-story Victorian home in Woodlawn is now a fourplex. Each apartment is less than 1,000 square feet. 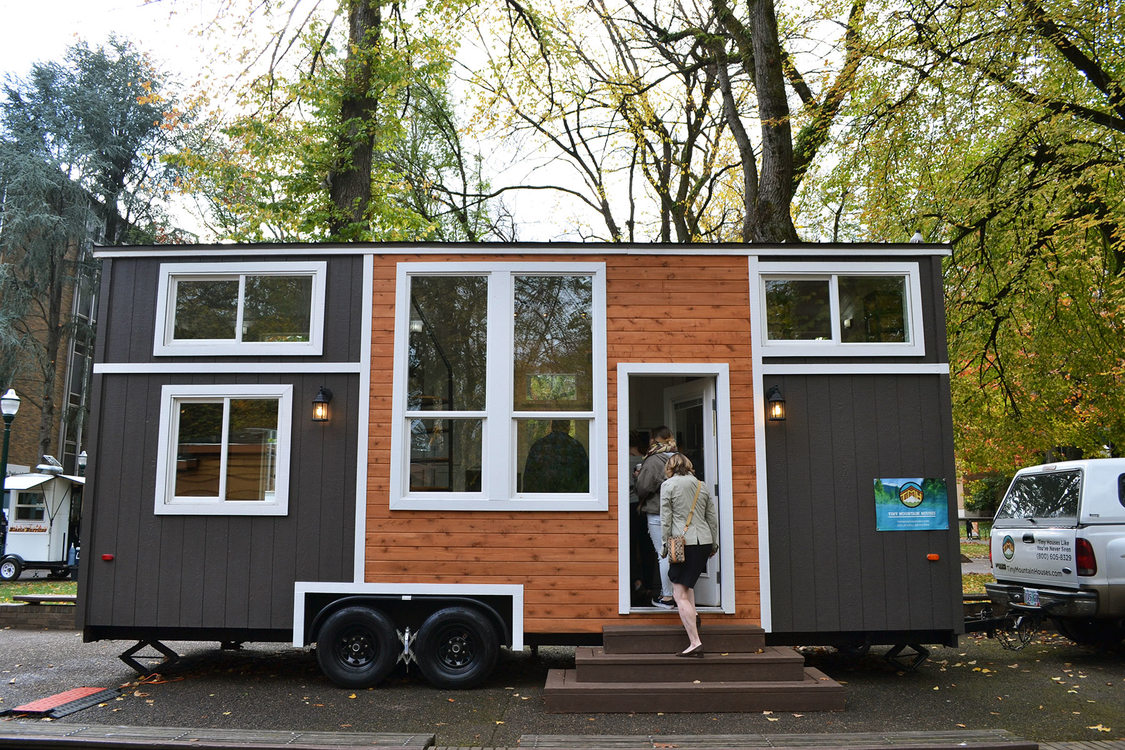 Small homes were on display during the Build Small, Live Large Summit in early November at Portland State University.

Small homes were on display during the Build Small, Live Large Summit in early November at Portland State University.

Smaller homes could be a big driver for new housing, but red tape in the way

Cities across the country are working to add housing to their communities as they increasingly face housing shortages and rising home prices and rents. Rewriting complex zoning rules may be an efficient way to unlock more housing options in high-demand neighborhoods.

That was a key message from this year’s Build Small Live Large Summit held at Portland State University in early November. The summit brought together nearly 400 small home advocates and experts from Oregon and other states.

These ADUs come in all kinds of shapes and sizes. They are free-standing backyard units, garage units and basement apartments.

But building ADUs can be a challenge due to rules and regulations about what homeowners can build on their properties.

Many cities require additional parking with the construction of an ADU, which adds to costs. The parking requirement can also be prohibitive for homeowners who simply don’t have the extra space for parking on their properties or who live in neighborhoods where street parking is already tight.

Setbacks and space requirements can limit where people could build a backyard ADU – if there is enough space at all, said David Foster, a housing advocate from Santa Clara who spoke at the summit.

In many cases, “you have to have a public hearing with all of your neighbors saying whether or not this [ADU] was allowed,” Foster said.

Even if zoning hurdles are cleared, building ADUs often comes with large development fees, which could add thousands of dollars to a project before construction begins.

“There are really only a few cities in North America where there’s actually been a significant amount of ADU development,” said Kol Peterson, a Portland-based ADU builder and blogger.

Vancouver, B.C., has actively worked to remove barriers to building ADUs, and the results have been astonishing. About one-third of all single-family homes in Vancouver have a legal ADU.

Preparing for growth in greater Portland

Oregon has been a leader in removing barriers to building ADUs, too. In the late 1990s, Metro adopted regulations that required all cities in greater Portland to allow one ADU per house – an unprecedented move nationally at the time.

Last year, the Oregon Legislature adopted similar regulations as Metro, requiring all cities across the state to allow one ADU per house.

Over the past decade, Portland officials have taken additional steps to remove red tape and fees to build ADUs. In 2010 they waived fees assessed on new development.

Without that waiver, “a homeowner is potentially looking at $34,000 in administrative fees before they even get to cost of development,” Peterson said, adding that the waiver spurred the development of permitted ADUs.

“The city has been paving the path for ADUs for several years,” Peterson said.

Beyond Portland, “most other surrounding jurisdictions have ADU regulations that don't really work for homeowners,” said Peterson.

Portland currently has 2,686 permitted ADUs, but seven other cities across the region have only a total of 51. That doesn’t include a large number of ADUs illegally built (without permits) all across the region.

“A 2009 study indicated that there were roughly two to three informal ADUs for every permitted ADU,” Peterson said.

That’s a concern for municipalities that can’t enforce safety and energy standards on illegally- built ADUs.

Picking up steam across the country

The political winds are shifting in favor of removing regulatory barriers to build ADUs in cities and states around the country.

Over the past year, the most notable change came from California, where the state legislature passed a bill that set statewide standards designed to prevent cities from passing the kinds of rules and regulations that make it difficult to permit and expensive to build ADUs.

“It can work if you open enough floodgates,” she said. “It doesn’t work to get rid of only one of the bricks in the barrier.”

It may become even easier to build an ADU as Portland develops new rules around the Residential Infill Project, an effort to adapt and build different types of homes within areas zoned for single-family houses.

By 2040, Metro projects that one million new residents will be living in greater Portland.  Regional leaders are planning for such pronounced growth.  They see the potential ADUs have to help meet housing needs and offer different options in areas where people want to live.