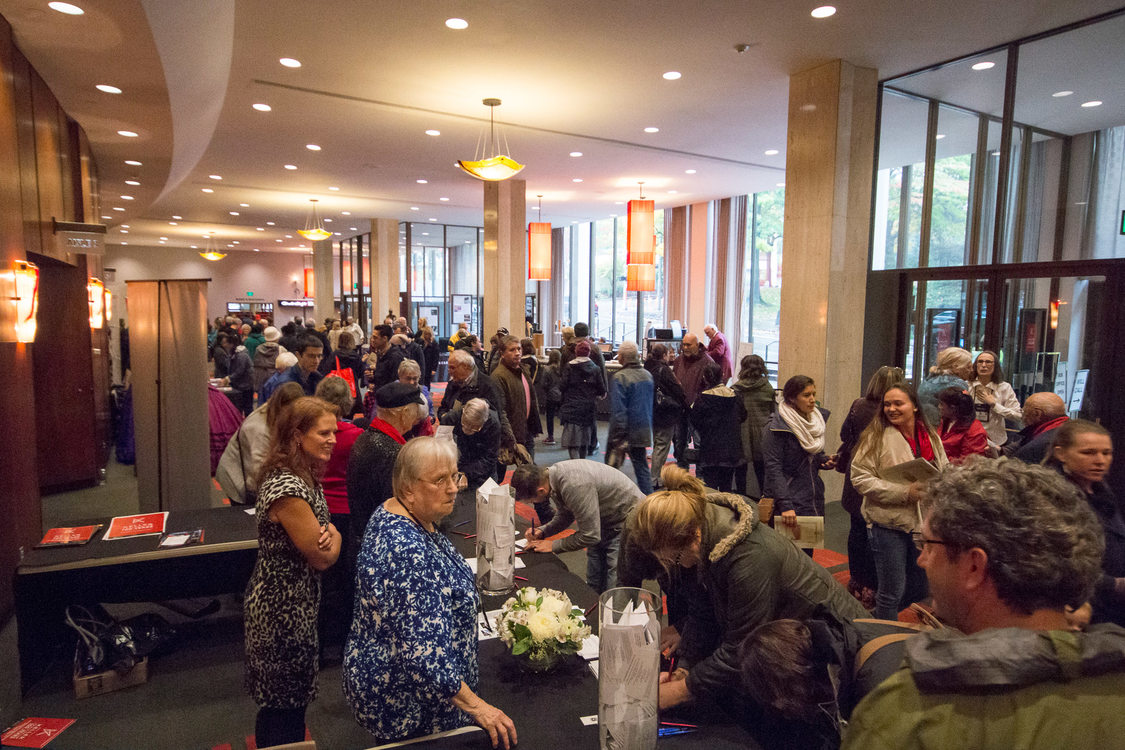 Visitors gather on the main floor foyer of Keller Auditorium.

Portland Opera displays some of its costumes. 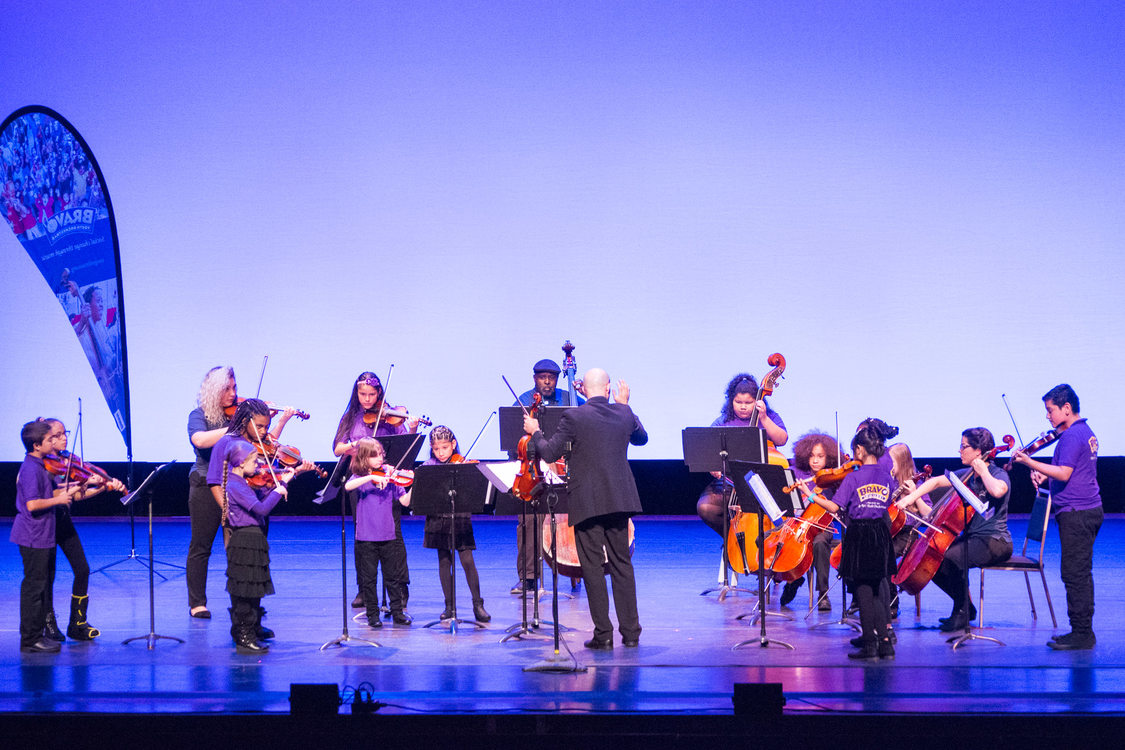 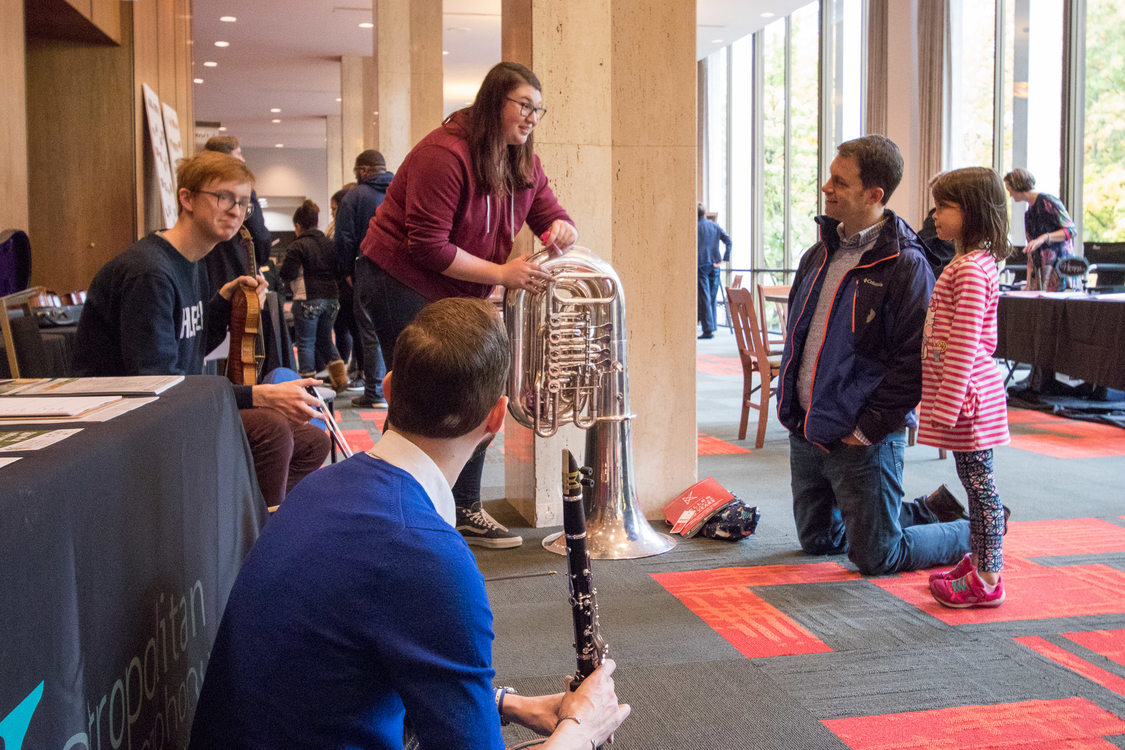 The instrument petting zoo was popular with families and children. 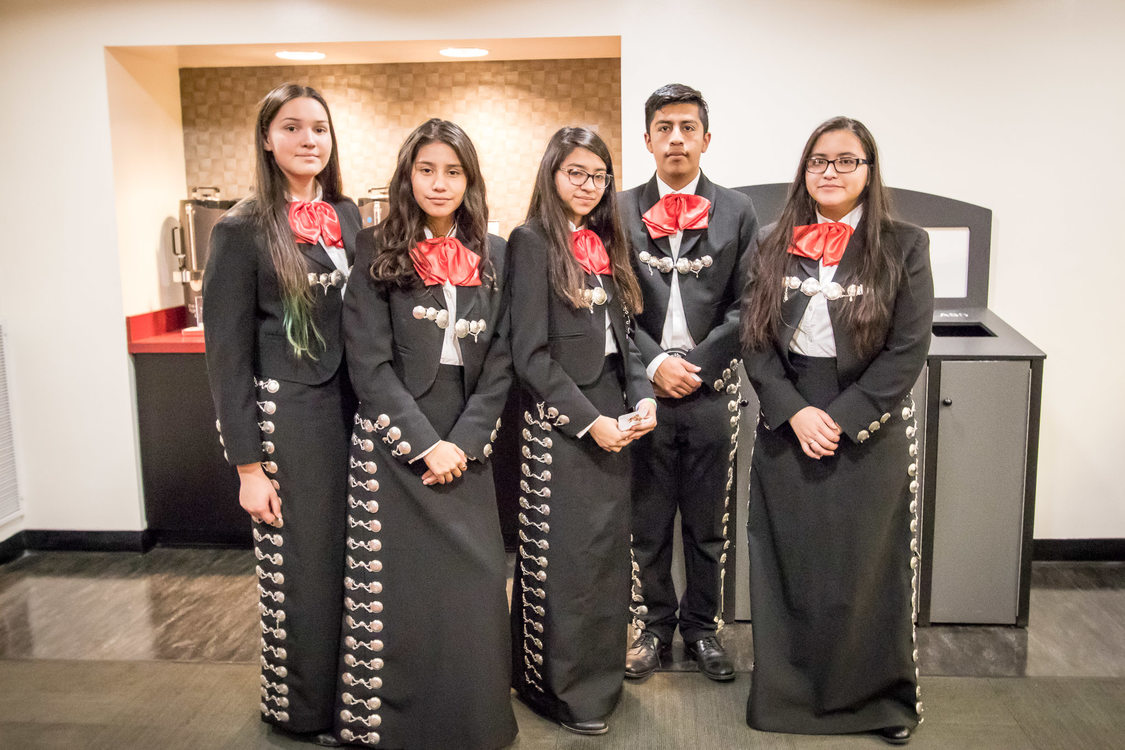 Despite record-setting rainfall, more than 900 people showed up Oct. 14 for the Keller Auditorium’s centennial celebration. Beautiful music and lively chatter warmed the halls of the auditorium, providing a much-needed respite from the downpour.

The historic theater hosted an open house for its 100-year anniversary, enticing Portland residents with performances by the Portland Opera, Bravo Youth Orchestra, the Roosevelt High School Jazz Band and musicians from the Oregon Symphony, among others. In the first and second floor lobbies, patrons milled around informational booths hosted by local performing arts groups, kids got their faces painted, and people flocked to the “instrument petting zoo” where they could hold and play an array of concert instruments used by the symphony.

The event was kid and family-friendly, as evidenced by the interactive exhibits and educational material. Many families wanted to expose their children to the musical and performing arts.

“We came because I have two children that I like to expose to the arts as much as possible,” said Candice Adelson, adding that she and her family had been to numerous Broadway shows at the Keller before. She said that her favorite performance of the afternoon was by Mariachi Una Voz, Hillsboro School District’s student mariachi band. “I love seeing those kids embrace their culture from home, and teach people here about their culture,” she said.

People filtered in and out of the auditorium as the afternoon wore on, meandering between booths and stopping by the concession stand for complementary soft drinks. They lined up to buy raffle tickets in hopes of winning the grand prize of two seats to see the hit Broadway musical “Hamilton” when it comes to the Keller in March 2018.

Inside the concert hall, people watched as musicians and dancers took the stage to showcase their work. They listened to various speakers, including theater namesake Richard Keller and Portland’5 Centers for the Arts executive director Robyn Williams, talk about the history of the Keller and its importance to greater Portland’s arts scene.

Williams said she considered the afternoon a success because of the number of people in attendance who had never been inside the Keller before. “We heard from a number of people that this is their first time here. It was really important for them to know that this is their theater,” she said. She also emphasized that every part of the theater – including the stage – belongs to the people of greater Portland.

“It was a nice blend of community arts groups and our professional arts groups mingling and being able to perform on the stage. I think that’s what the Keller has always been about – everybody can be on the Keller stage,” she said.

Due to the resounding success of the Keller Centennial, Williams hopes to open up all of Portland’5 Centers for the Arts’ theaters for community open houses in the future. 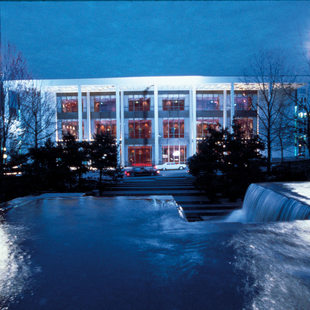 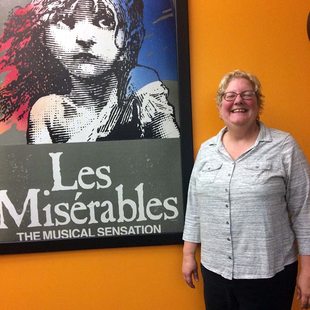 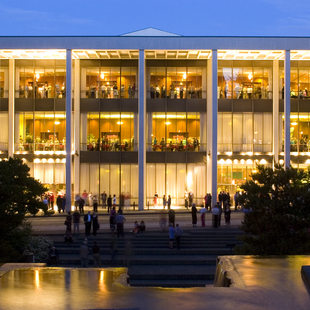