There are 100 years’ worth of stories at the Keller Auditorium. Performers, audience members, staff and crew, organizers, and even passers-by have used the space to create memories and share experiences since 1917, even if little of the original structure remains.

Many of the fondest memories involve family. Whether it is seeing a sibling on stage, having a son or daughter in an adjoining seat, or simply watching a performance in memory of a loved one, experience of the performing arts is somehow always enhanced by the presence of a family member.

Kayla Linebarger, in a comment on Keller Auditorium's Facebook page, remembers when she was a girl and her mother took her to see a performance of "Cinderella" starring Eartha Kitt as the Fairy Godmother. Linebarger said she was enthralled by the show, and hoped every year that it would return to the Keller. When it finally did, she said, "I was able to take my mom and my 2 year old daughter to see the show! It was amazing to see it from the perspective of a mom just as my mom did so many years ago."

The Keller has also brought joy to Portland residents during the holiday season. Ruth Keller, wife of Richard Keller and after whose family the building was renamed in 2000, said she regularly attends Christmas programming at the auditorium. Every year, Portland's Singing Christmas Tree lights up the stage with 350 adult and youth choir voices performing contemporary and traditional holiday music.

"They have great bits of music at Christmas time, and they have programs for the children. We've gone to several of those. The whole symphony plays children's carols and so forth," said Keller.

She also remembers going to the auditorium – then known as the Civic Auditorium – as a child to watch performances, and to hear her aunt Ruthie sing in the choir. Though her family didn't have enough money for first row seats, Keller says that she still enjoyed going to shows since the choir performed near the back of the auditorium and she could see her aunt.

The performance space has also been an important part of people growing up, discovering the arts, and remembering the loved ones they've lost. Alexandra Abán shared her story on the Keller's Facebook page.

"I remember [my dad] taking me to Portland premieres of Cats, Phantom of the Opera and Les Miserables when I was 5 or 6," says Abán. "I squealed when the cats pranced through the aisles with glowing eyes; when the chandelier came crashing down in Phantom; and when the cannon was fired at the Rat King in the Nutcracker. I had the time of my life, and developed a passion for music. I experienced many shows every year, throughout my childhood/adolesence [sic]. I loved getting dressed up, going out to dinner and seeing shows with my family, and would always look for my dad's page in the program. He gave me a lifelong hunger for the arts."

Abán says she holds these memories of her father close, and remembers him most vividly when she goes to the Keller now. "I have so many beautiful memories at the Keller with my dad, and these helped me to go on after his sudden passing when I was a teenager. When I go to performances now, I am overwhelmed with the nostalgia of him sitting in the seat next to me, sharing in the magic of the evening."

In the 100 years since it opened, the Keller Auditorium has featured some of the most famous events in Portland's history.

Related stories
Keller at 100: Portland's grand auditorium has hosted the hits, and so much more 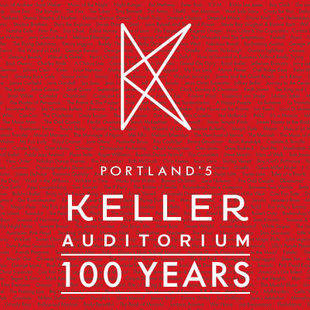