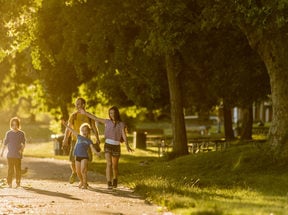 The site's signature feature is a 3.5-acre kolk pond, created by whirlpools from the Missoula Floods that scoured out deep areas.

Metro purchased Tonquin Scablands Natural Area in August 2016. The site's signature feature is a 3.5-acre kolk pond, created by whirlpools from the Missoula Floods that scoured out deep areas. 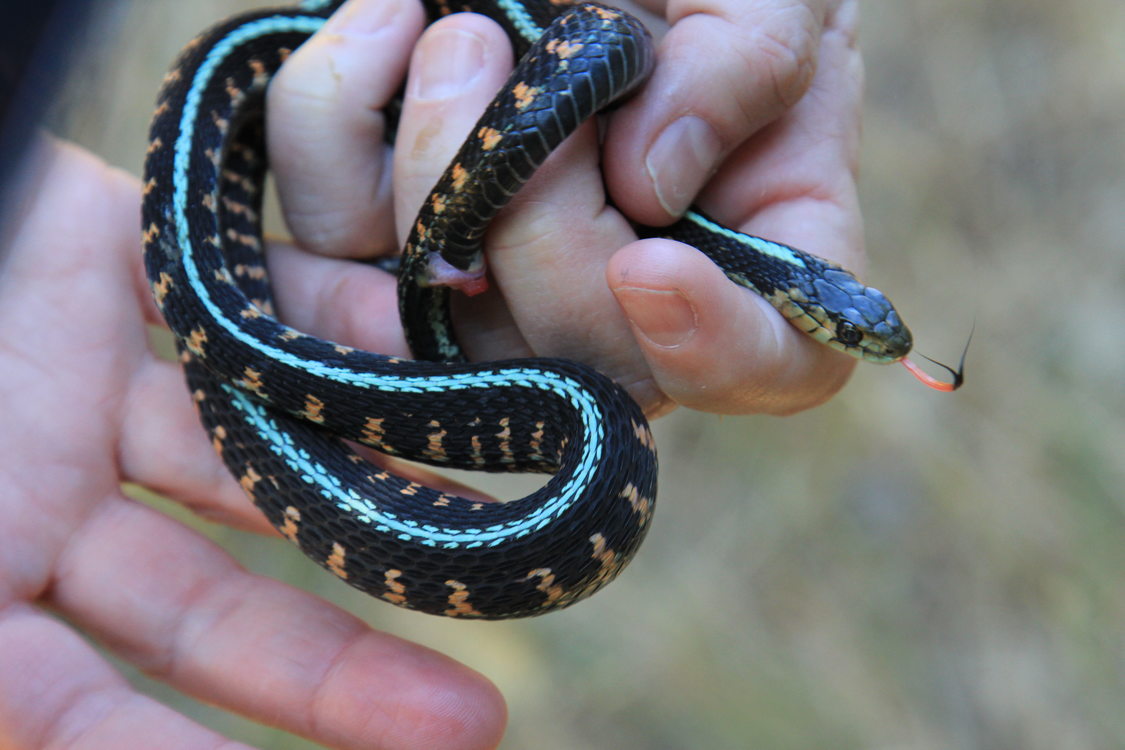 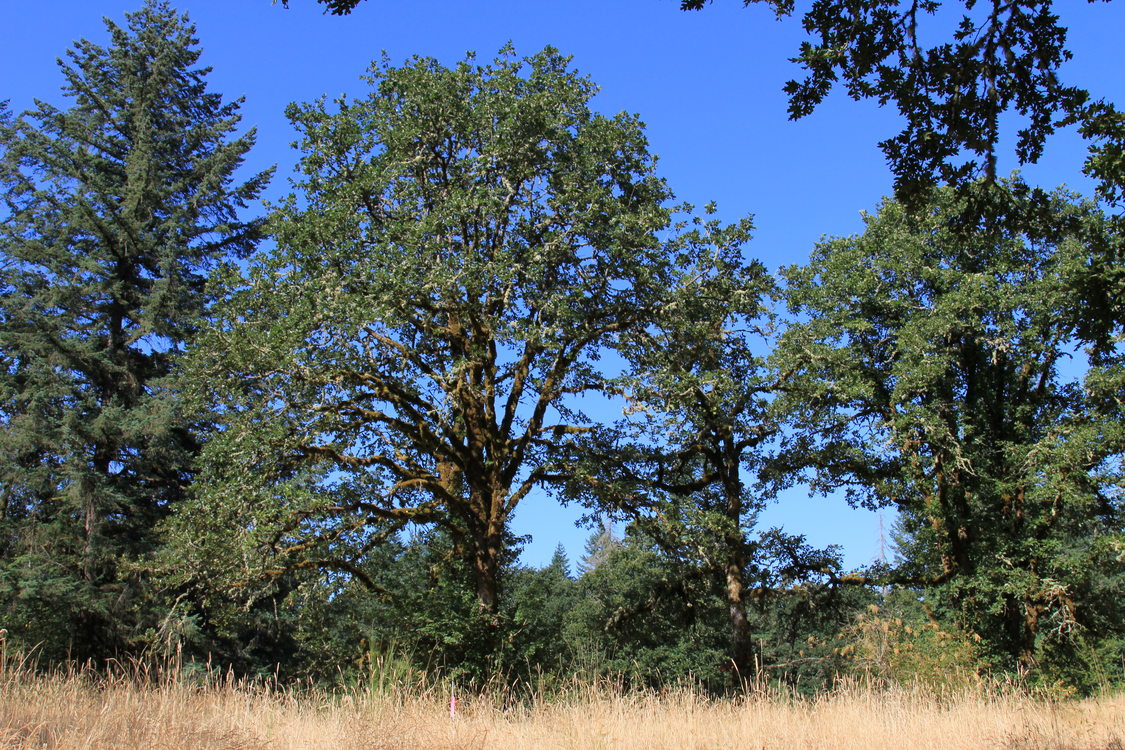 Tonquin Scablands features many Oregon white oaks, which now occupy about 7 percent of their original habitat in the Willamette Valley.

Tonquin Scablands features many Oregon white oaks, which now occupy about 7 percent of their original habitat in the Willamette Valley. 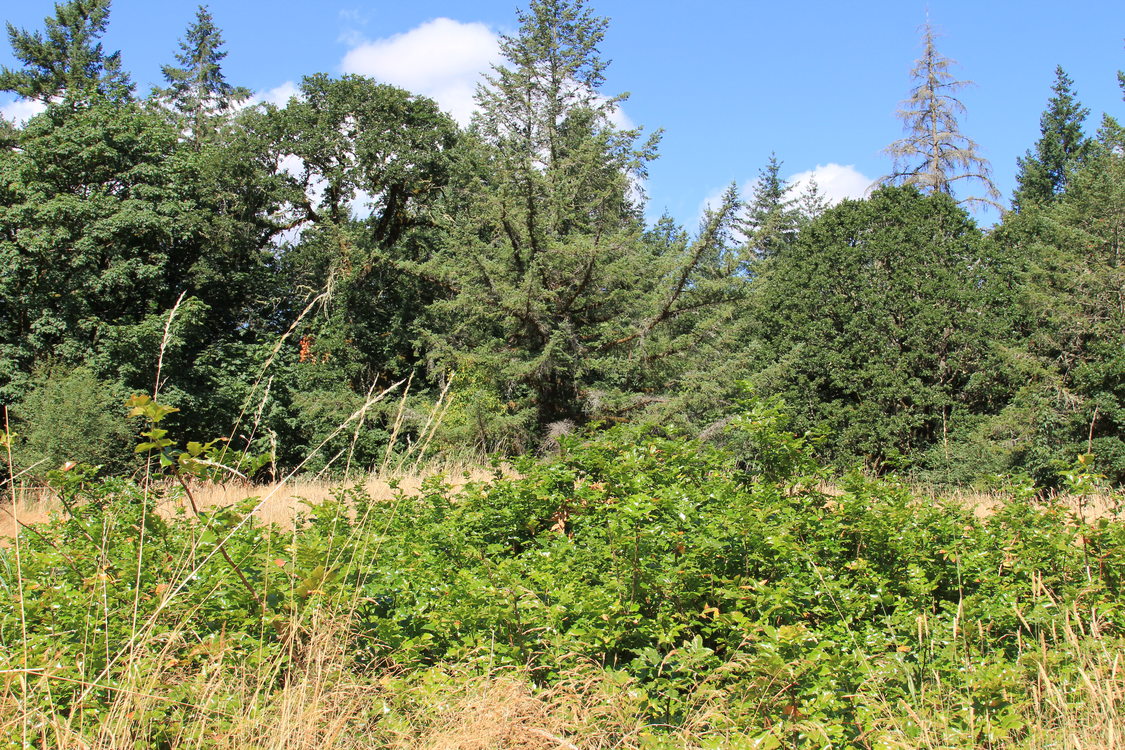 Native plants such as Oregon grape in the foreground and oaks in the background can be found at Tonquin Scablands.

Native plants such as Oregon grape in the foreground and oaks in the background can be found at Tonquin Scablands. 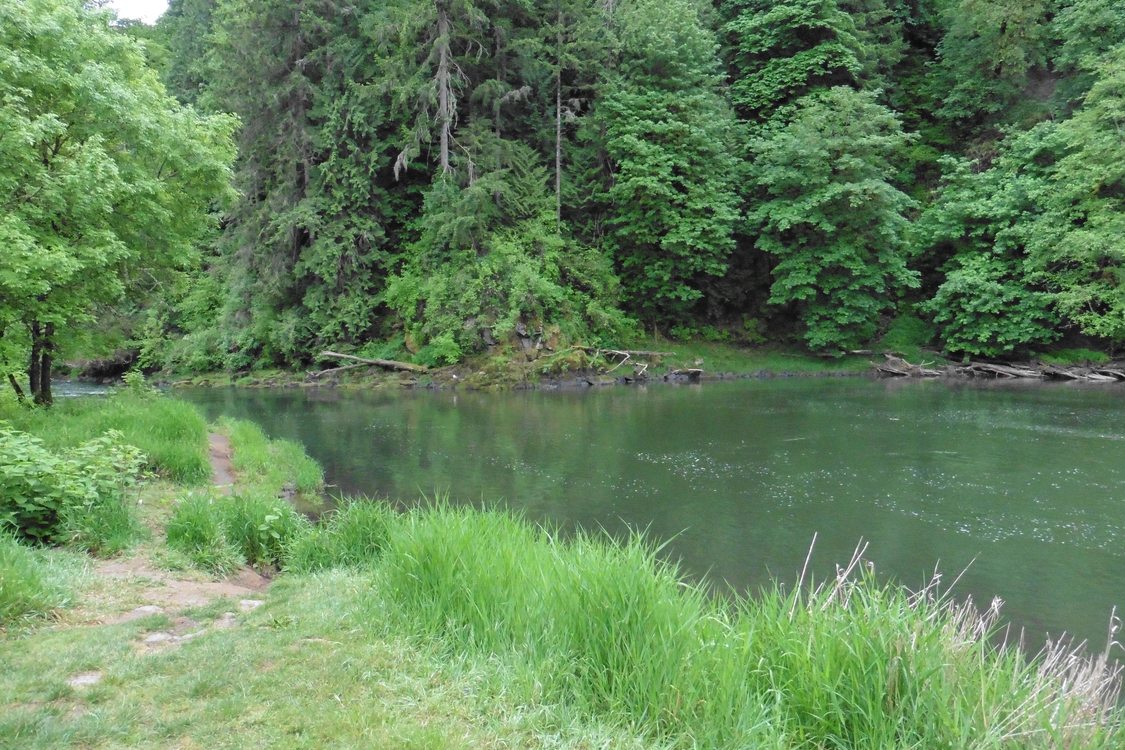 Metro recently acquired an 83-acre natural area in the Stafford Basin that includes 3,900 feet of frontage along the Tualatin River.

Metro in May 2017 purchased an 83-acre natural area in the Stafford Basin that includes 3,900 feet of frontage along the Tualatin River. The long river frontage and the large size of the new acquisition will allow Metro to improve water quality and conserve a significant habitat patch.

Thanks to voters, Metro has been able to protect some of the last swathes of native prairies, wetlands and other valuable habitat – home to rare plants and endangered or threatened fish and wildlife. Other properties fill key gaps in regional trails, providing connections for bike commuters, hikers and joggers.

Every property Metro buys is within one of 27 specific target areas set out in the bond measure that voters approved. Properties are purchased only from willing sellers.

The bond measure’s local share program has also allowed cities, counties and parks providers throughout the region to acquire land close to home so people can connect to nature in their neighborhoods.

Metro in August 2016 acquired a 50-acre site just north of Wilsonville that protects unique features of the Missoula floods, which shaped the region’s landscape near the end of the last Ice Age.

A series of floods about 15,000 years ago swept through the Willamette Valley when the waters of Missoula Lake broke through an ice dam. The floodwaters sent boulders, soil and debris from Montana, Idaho and eastern Washington into the region.

“The kolk pond and basalt hummocks illustrate the force and footprint of the Missoula Floods,” said Curt Zonick, a senior natural resources scientist at Metro who is leading restoration efforts at the site. “This is really our best acquisition in the Tonquin area to tell the story of what the Missoula Floods did.”

Kolk ponds are rare in the greater Portland metro region because of development, making this acquisition even more special, said Ryan Ruggiero, a real estate negotiator at Metro who worked on the acquisition.

“It’s always been a high-priority site,” he said.

Combined, the area helps connect an important swath of habitat between the Tualatin and Willamette Rivers that native plants and wildlife rely on to safely move between different areas to access food and shelter and to breed.

Initial restoration work at the site will include removing invasive plants, such as Scotch broom, Zonick said.

The new acquisition cost $1 million. The money came from the natural areas bond measure that voters approved in 2006. Metro Parks and Nature works to protect water quality, fish and wildlife habitat and provide opportunities for people to experience nature close to home.

“This is a very important link between different areas that are not linked now except by roads,” said Ryan Ruggiero, a Metro real estate negotiator who worked on the acquisitions.

The Westside Trail is a designated regional trail that will one day link the St. Johns Bridge in North Portland to the Tualatin River through Forest Park, Bethany, Beaverton, Tigard and King City. Most of the Beaverton portion of the trail has already been built, but the rest of the trail is in various stages of land acquisition and planning.

An estimated 185,000 people use the existing trail every year, based on trail counts conducted in 2016. The trail’s popularity is expected to rise as people move into homes under construction now in the nearby River Terrace neighborhood southwest of Beaverton and Tigard.

“A lot of people already use it to commute from Bull Mountain, like people who work at Nike,” Ruggiero said. “Long-term, it’s going to be an important commuter route.”

Money for the acquisitions comes from the 2006 natural areas bond measure.