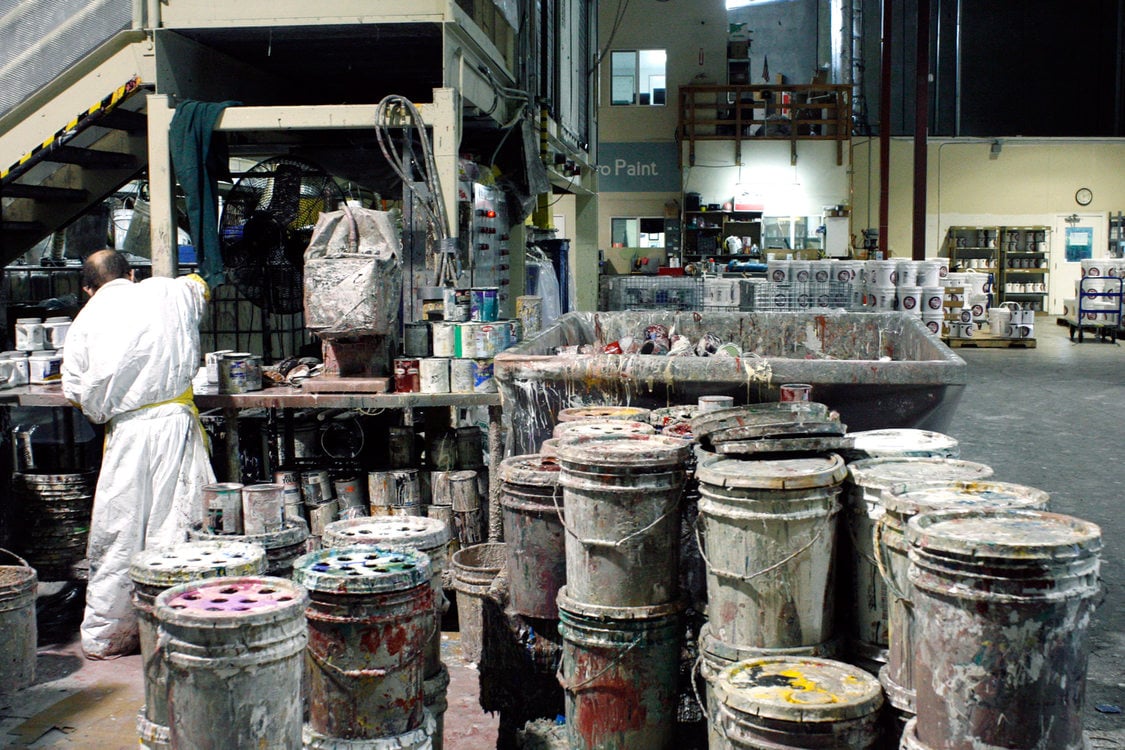 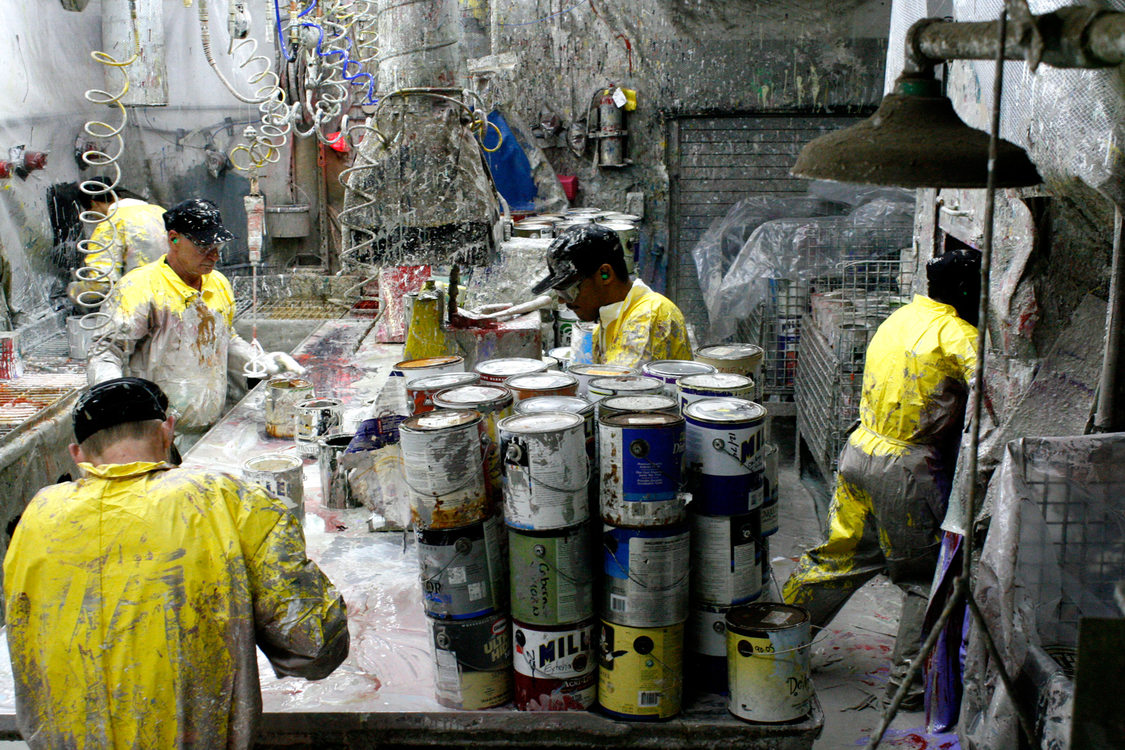 Employees sort paint at the MetroPaint facility on Swan Island 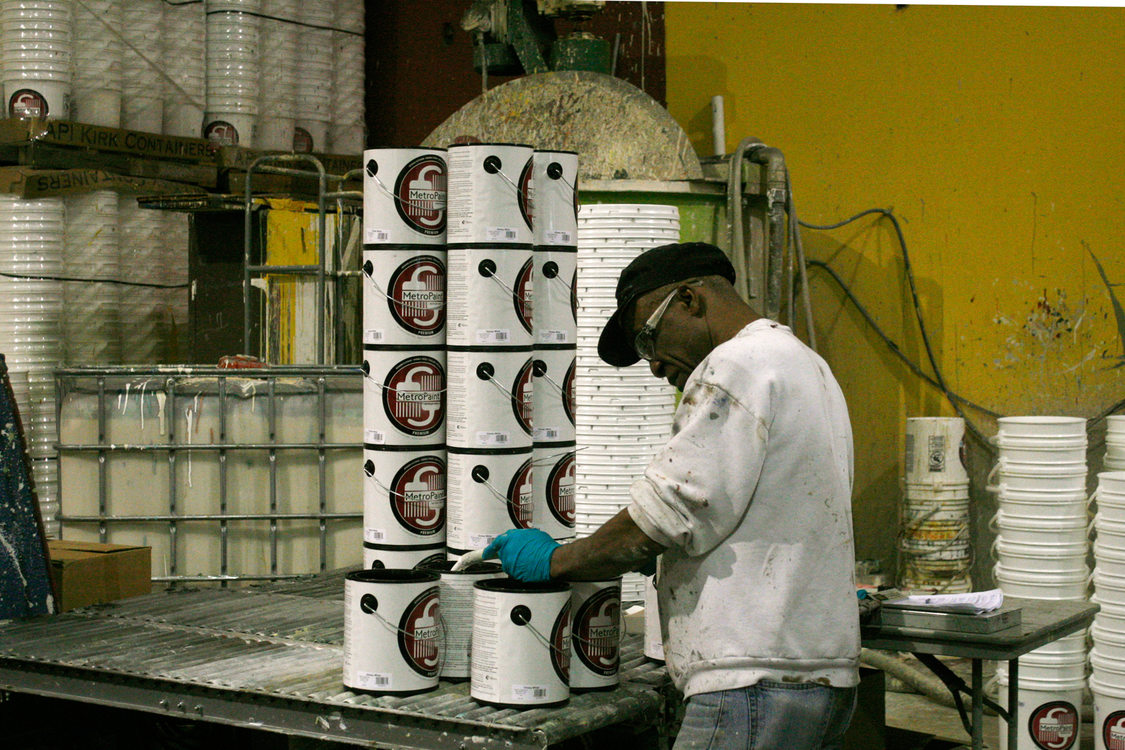