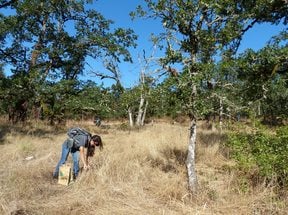 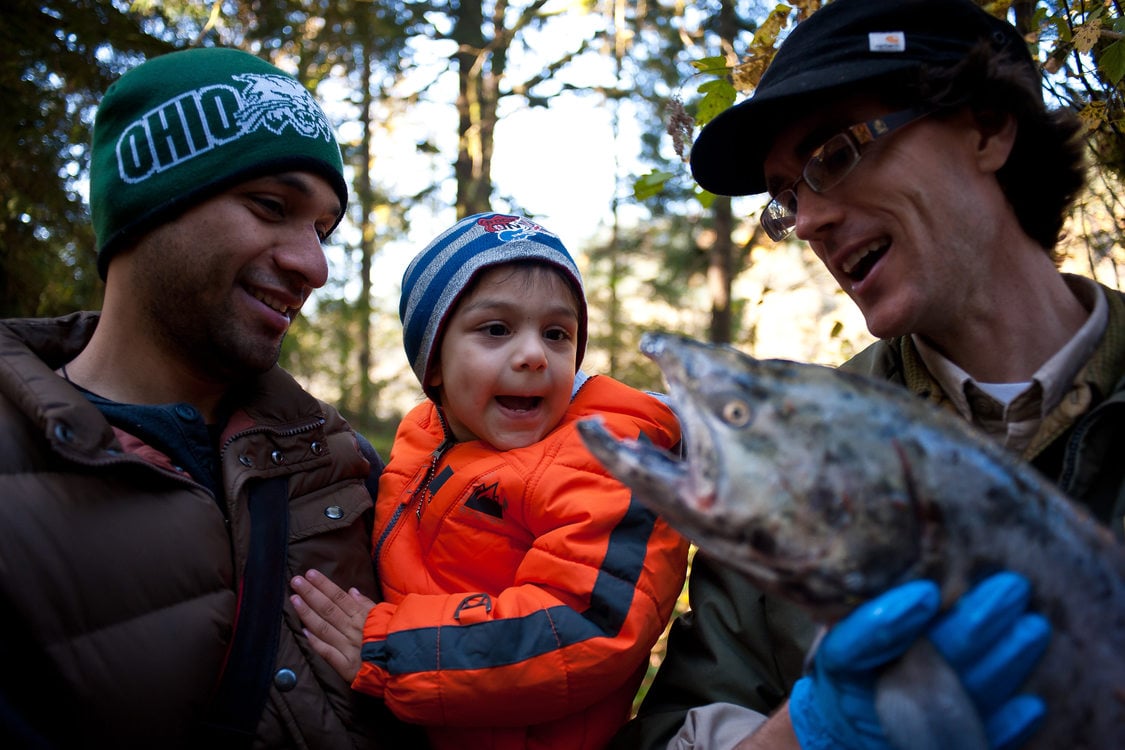 Metro naturalist Dan Daly, right, holds up a salmon for visitors to see up close during Salmon Homecoming. 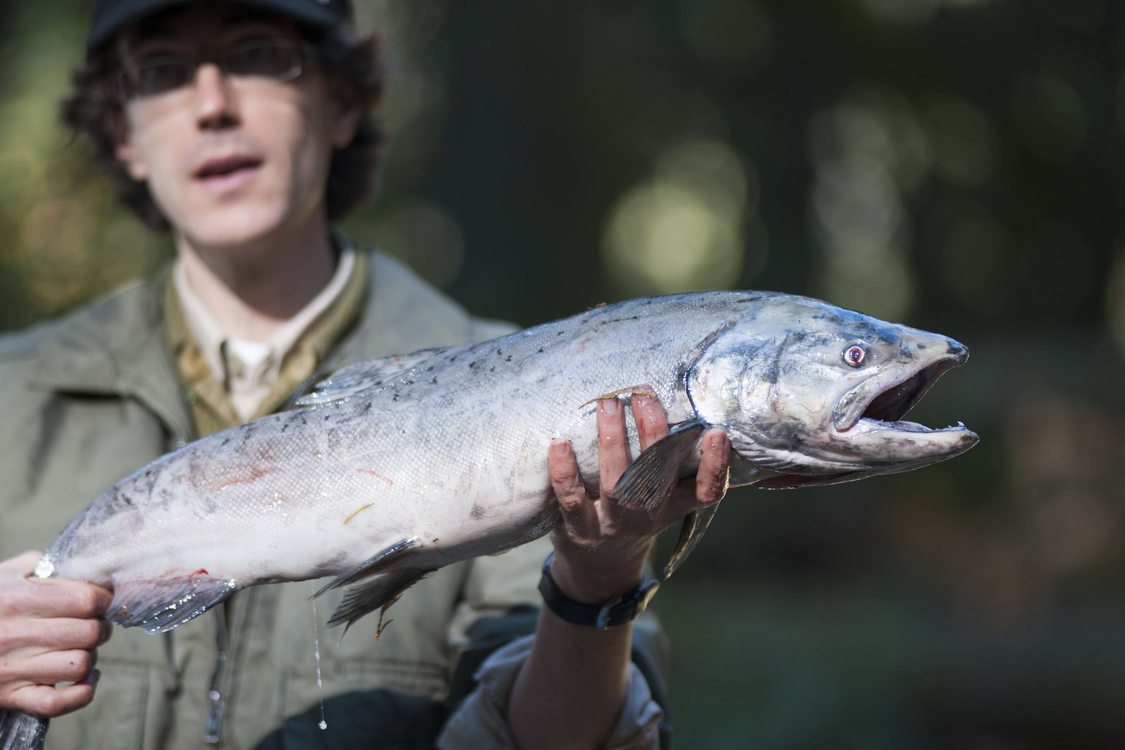 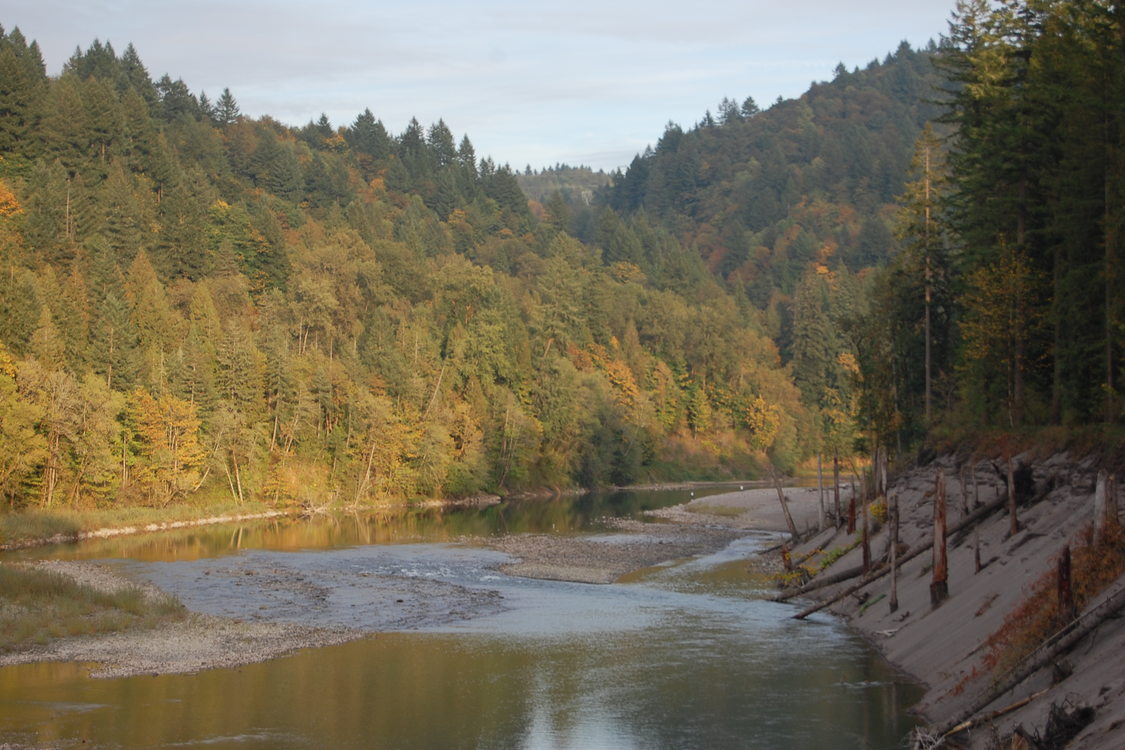 In addition to viewing salmon, visitors to Oxbow Regional Park can tour a salmon restoration site, learn about mushrooms and enjoy hot drinks around the campfire. 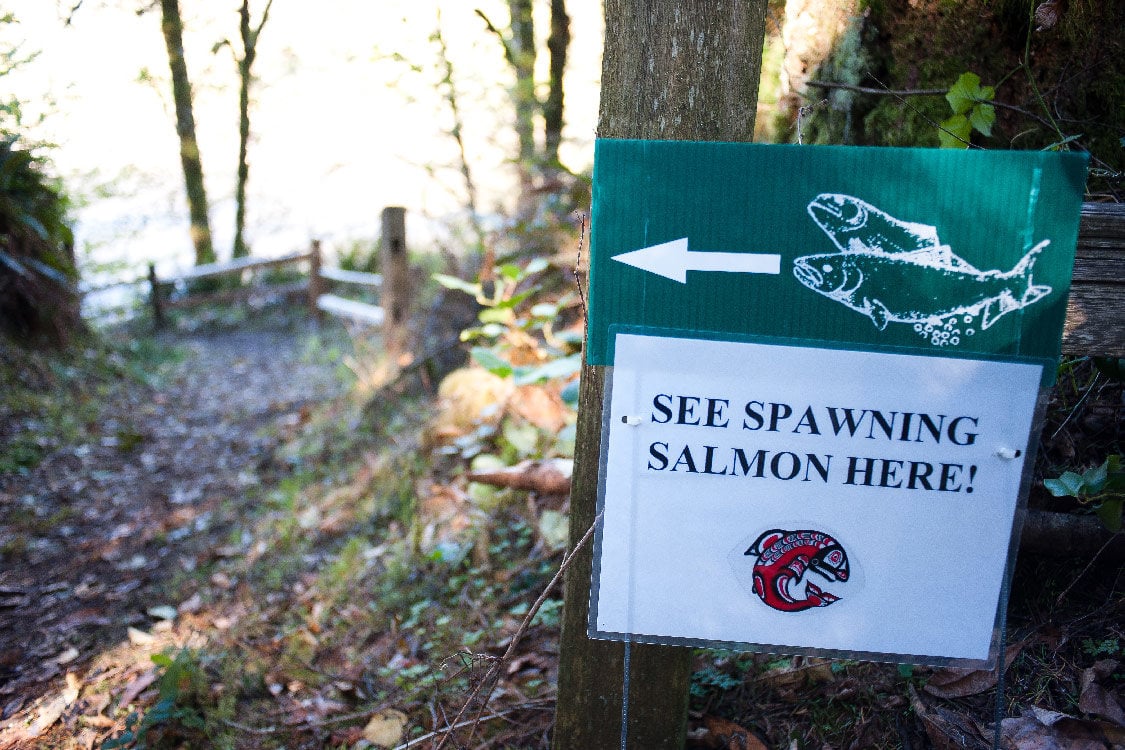 After viewing salmon, visitors can also hike along 12 miles of trails, explore old-growth forests and more.

Nature is full of stories, and among the most epic is one that’s told every year in the region’s own rivers and streams. When salmon – whether it’s coho, sockeye or chinook – return from the Pacific Ocean up the Columbia River to their nursery streams and creeks, they close a loop that began up to half a decade before. That they return at all is a marvel; that they make their way up rapids and waterfalls and past predators of all kinds to spawn a new generation and then die for the effort makes it stunning and tragic and beautiful.

Witness the ancient, iconic return of spawning salmon to the Sandy River. The Native American community and Metro invite you to learn about the history, biology and culture of this migration.

This return formed a cultural pillar for Native Americans in the Northwest. It sustained the first generations of white settlers. And it has continued even as cities and dams altered and threatened it. Luckily for residents today, one of the best places to see the culmination of this epic is Oxbow Regional Park during Salmon Homecoming.

With a cup of hot chocolate or cider in hand, you can view salmon spawning from the shore of the Sandy River. A naturalist will be there to explain the scene and answer questions.

Naturalists are nature’s storytellers, and Metro naturalist Dan Daly can spin the yarn of the salmon’s return like a bard. He even turns the tragic end of the salmon’s journey into a triumph. When we interviewed him about Salmon Homecoming, we only had to ask one question: Can you tell us about the salmon returning?

Typically, a female will come back and she will choose a nest, usually at the head of a riffle. You can see a riffle if you look at the river and see smooth water and then see it get rocky and bubbly and loud. It’s not uncommon at all for that female to come right to the place where she hatched out of the gravel.

They say every salmon deserves a rocky start, so they look for a spot that has gravel and cobbles that are anywhere from the size of peas to cobbles that are the size of your head. There’s more water pressure on the bottom of the stream there. That rocky riffle is like a dam that’s holding back the water above, which creates this flow of oxygenated water going down through the gravel to the baby salmon, who are in their eggs. It keeps them alive.

The female will choose a nest, and then several males come in. They compete and fight to be the one who gets to spawn with her. If you’re watching the river at this time of year, you’ll often see the female salmon flip on her side. She’ll kick with her tail and dig out this bowl-shaped depression in the bottom of the stream. She’s preparing this nest, called a redd, for her eggs to land in. And the males will be fighting. They get these hooked jaws covered with gnarly teeth, and they bite each other on the backs and wrestle under water. One will win dominance over the redd.

The male and the female saddle up alongside each other, and they quiver – you see them shake. The female releases eggs, and the male releases milt, which is like a milky, white substance that bursts like a cloud in the water and fertilizes the eggs as they fall down into the gravel nest. They’re sticky, so they stick to the rocks. Then she’ll move just upstream and kick rocks, sending them downstream to bury those eggs.

The female will spawn with several males. A female chinook has anywhere from 2,000 to 10,000 eggs, depending on her size, and she can release 200 to 300 eggs in a spawning session. The redd will get longer and more oblong-shaped as she spawns and progressively moves upstream, digging, burying as she goes. She will stay on the redd until she dies.

Eventually, these fish all die.

And that is the gift of the salmon because through their death, there is tremendous life given to the land. We have a very volcanic environment, and often times the plant communities are very young. In the mountains they don’t have the key nutrients they need to survive – nitrogen, phosphorus, potassium. The little bit of nutrients that are here are constantly being sucked downstream by all the rainfall. Where do they get carried? They get carried as organic salts all the way out to the Pacific Ocean, and they sink to the ocean floor.

So here’s the journey: In the summertime we get these cold-water upwellings that bring these nutrient-rich salts back to the surface. There are tiny, floating plants called phytoplankton that thrive on those nutrients. Then there are tiny crustaceans called zooplankton that eat the tiny, floating plants, and the baby salmon eat the zooplankton. They get huge,  start eating other marine life, and they get even bigger. They start their journey back after one to five years. They are carrying that vitality of the ocean all the way back upriver again.

There’s almost no other organism that does that in mass. All this stuff is constantly being taken out of the environment, and they take all this vitality and nutrients back into the mountains, and they redistribute it. There’s a large, landscape-level pull that draws in all these other animals, everything from black bears to bald eagles to gulls. They feast on the salmon and they carry those nutrients into the forest. The reach of what the salmon bring, and the gift they have to offer is profound.

Then you have the baby salmon in their nests, and they eventually come up out of the gravel. They float backwards downstream into the ocean, and the cycle continues.