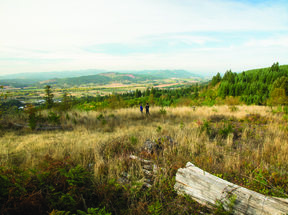 Explore great places and more in the winter 2016 issue of Our Big Backyard magazine.

Is Chehalem Ridge the future Oxbow Regional Park of the west side?

It’s a crisp autumn day, and the air is filled with the sweet smell of evergreens and fresh rain.

Chirps come from all directions, vocal teases from the Pacific wrens hidden among the Douglas fir forest.

Learn more: Visit oregonmetro.gov/chehalemridge to learn about upcoming community events, get involved and to watch a video about the project.

At more than 1,200 acres, Metro’s Chehalem Ridge is one of the largest publicly owned natural areas in Washington County. Although it’s approximately the same size as beloved Oxbow Regional Park in east Multnomah County, Chehalem Ridge isn’t yet open for official public access and is largely unknown beyond its rural neighbors 15 minutes south of Forest Grove and Cornelius.

But Chehalem Ridge is on the cusp of a new chapter. Over the next year, the community is invited to help guide Chehalem Ridge from a hidden jewel to Metro’s next regional destination. What that nature park looks like will be up to community members to shape.

“Chehalem is a treasure on the west side that not many people know about,” said Justin Patterson, visitor services director for Metro Parks and Nature. “This project represents a great opportunity to continue to preserve and protect wildlife habitat and water quality while at the same time providing people access to nature in that part of the region.”

Before the housing market crashed, Chehalem Ridge had been proposed for development into large-lot homes, worrying neighbors. Things took a turn in 2010, when Metro purchased the main 1,143-acre parcel for $6.1 million from Stimson Lumber, in a transaction facilitated through the Trust for Public Land. It remains Metro’s largest and most expensive acquisition. Over the years, Metro added smaller adjacent properties.

“People appreciate it so much that it’s not developed,” said Peggy Harris, a neighbor and chairwoman of Citizen Participation Organization 15. “It’s going to be a natural place to get people out in the country and to show them what restoration of native habitat is like, with the white oaks especially. It’s going to be a great walking, hiking area.”

The acquisitions, as well as initial restoration work, were possible thanks to voter investments in Metro’s 2006 natural areas bond measure. A 2013 parks and natural areas levy makes it possible to provide formal public access.

“We like to go out and do outdoor activities, so having access to someplace close, either hiking trails or recreation activities, is definitely really appealing to me,” said Wenzl, whose family also includes her husband and a 14-year-old daughter. “It’s really great that the citizens get to use their voice because they’re going to be the ones utilizing it.”

There’s a need for family-friendly opportunities in the area, Wenzl said. At Chehalem Ridge, “all these families can hopefully go and create all these memories with their families and friends,” she said.

Centuries ago, open forests with Douglas firs, maples, madrones and oaks would have shared the space with native shrubs and grasses. Later, about 500 acres of the forest was cleared for agricultural use.

When Metro purchased the site, a commercial tree farm on those old farm fields grew so dense that light didn’t reach the forest floor. This summer will mark the fourth year in a five-year plan to strategically thin Douglas firs to promote forest health and create gaps for meadows and native plants. Other firs have been strategically removed to give native Oregon white oaks and madrones the sunlight they need to thrive.

Last winter, crews planted native shrubs, such as snowberry and thimbleberry, setting the stage for a diverse layer of native shrubs that previously didn’t exist.

The habitat is crucial to native wildlife, such as bobcats, deer and beavers. Chehalem Ridge and nearby Wapato Lake provide critical habitat connections for wildlife as they move between the Coast Range and the Willamette Valley.

“We want to maintain that large, core habitat,” said Kate Holleran, a senior natural resources scientist at Metro Parks and Nature who has led restoration efforts at the site.

On a recent visit, Holleran looked over a stream restoration project where branches and small trees were placed into channels – eroded seven feet deep in some spots – that formed when the site had previously been cleared.

“This is so cool to see this filled up with wood,” Holleran said. “The idea is to slow the water down and to let it soak in the ground, so it doesn’t send sediment into the Tualatin River."

Lisa Sardinia recalls going to a neighborhood meeting shortly after Metro purchased the property. As an associate professor of biology at Pacific University in Forest Grove, Sardinia realized immediately that Chehalem Ridge would be the perfect laboratory for her students.

“It would be interesting and accessible, it was research they could perform and understand what they were doing, and it had a civic engagement aspect to it,” she said. “Here is a very intentional process on a large scale that is impacting waterways that drain into the only river in Washington County that provides drinking water for a couple hundred thousand people. That’s a huge impact – and it’s within 20 minutes of campus. It’s just kind of stunning that this has fallen into our laps.”

For several years now, Sardinia’s students have visited Chehalem Ridge to conduct water microbe surveys, bacterial counts and other research. Last spring, 32 students in her microbiology class analyzed the water quality in two different streams – one that ran through an area that had been previously clear cut and sprayed with pesticides, another that ran through a native riparian zone.

“What they found was two pretty healthy streams, which I’m thrilled,” she said. Her students will expand their research visits this spring.

Sardinia lives down the road from Chehalem Ridge and, like other neighbors, has concerns about the potential impact of visitors and traffic.

She looks forward to the community conversation about the site’s long-term vision, though she already knows that she would like to see an education center, interpretive signage on the trails or something similar to educate future visitors.

Chehalem Ridge will provide the perfect setting for local students to learn about nature, said Cecilia Girón, the Chicas youth development director at Adelante Mujeres, a nonprofit based in Forest Grove that serves low-income Latina women and their families. Chicas provides educational programming to Latina girls from third grade through high school and helps them explore careers in science, technology, engineering and math.

“It'd be awesome to have an environmental education center for tours, where children can see, touch, smell and feel the richness of Chehalem and what is out there, what animals migrate there, what plants, all of that,” Girón said. “It’ll be a great opportunity for them to learn about natural resources and habitat and to get them exposed at an early age about the importance of taking care of our environment.”

Looking for fun outdoor activities this winter without venturing far? Pick up the winter issue of Our Big Backyard, the quarterly magazine from Metro Parks and Nature.

Many of our resident wildlife evolved in a Pacific Northwest landscape that wore a mantle of towering old trees and dense underbrush. For these resident wildlife, the ones that stay put during our temperate winter, old forests provide the best winter refuge.
Related stories
Habitat connections play essential role in restoration 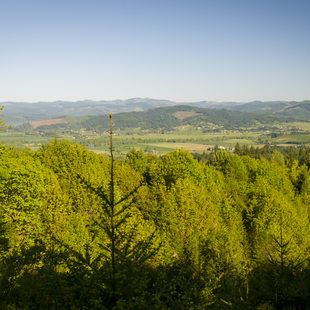 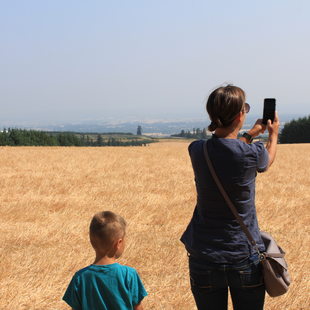 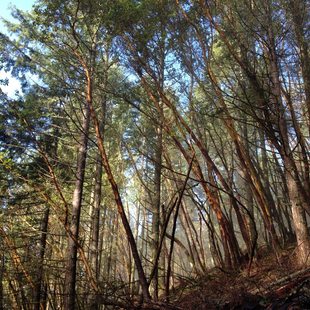