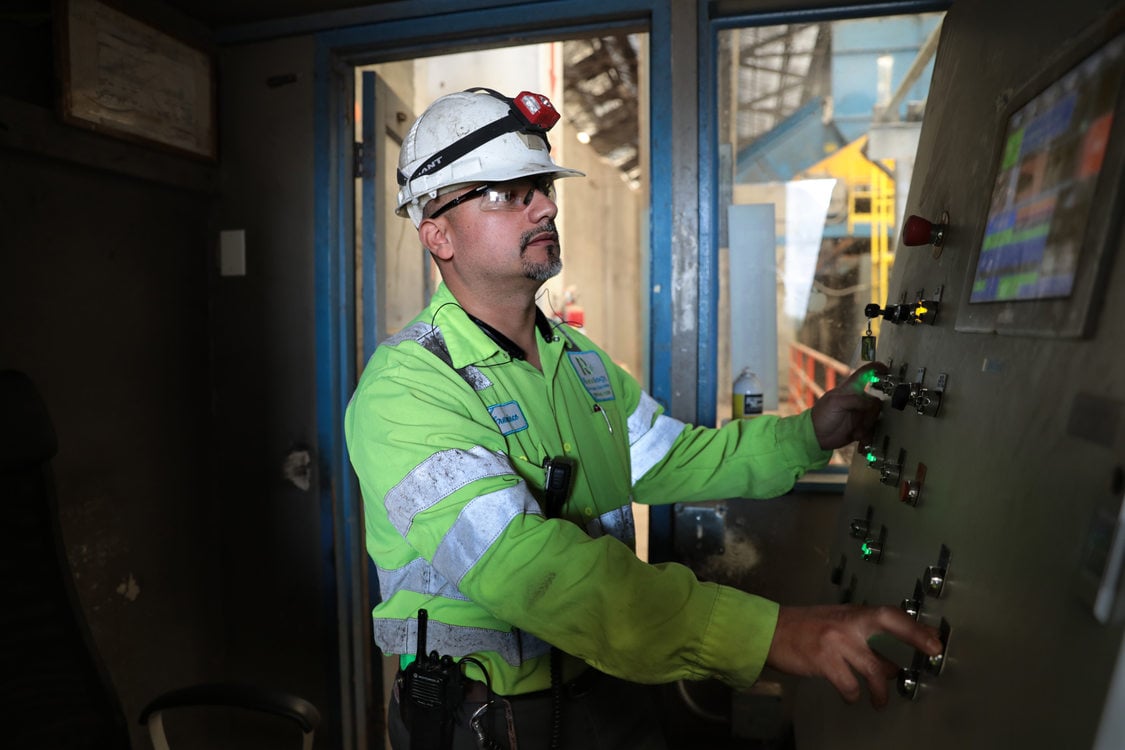 For the last two decades, Francisco Hernández has been doing his part to keep greater Portland clean. It's his job to compact thousands of tons of garbage daily before it gets hauled off to a landfill. 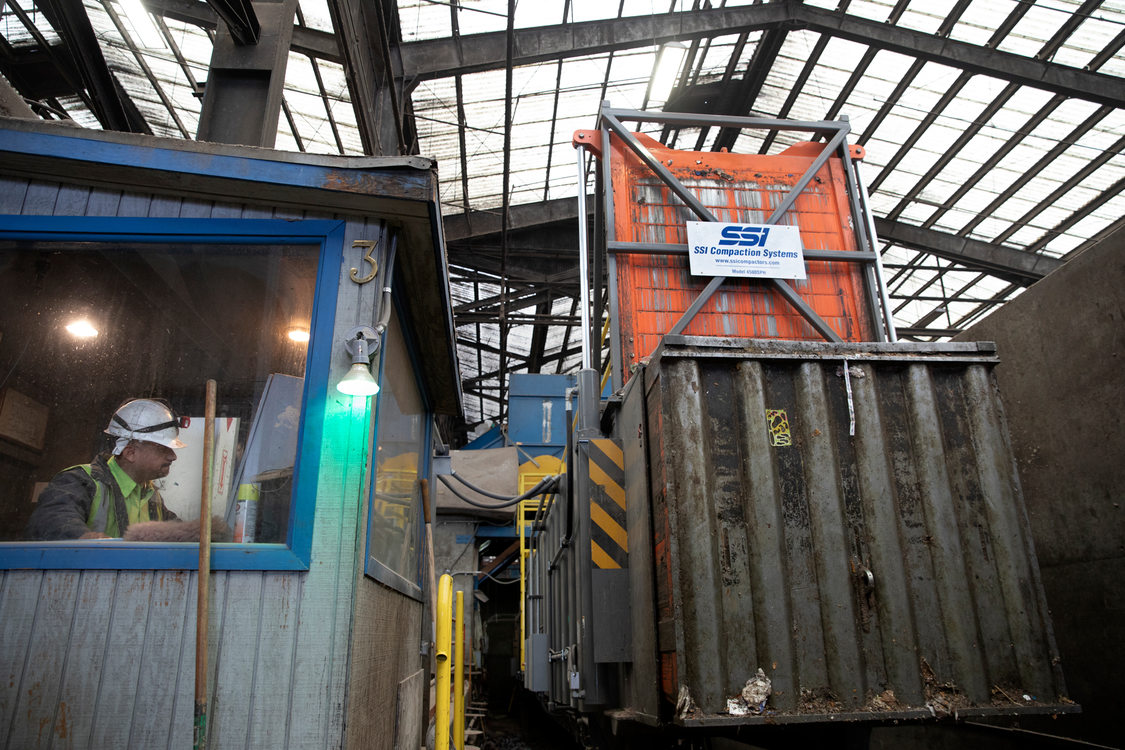 Hernández works from a control station next to a giant trash compactor, right. In 2016 Oregon generated 5,316,989 tons of garbage according the Oregon Department of Environmental Quality. That's 2,609 pounds per person (a little over 7 pounds per day.) 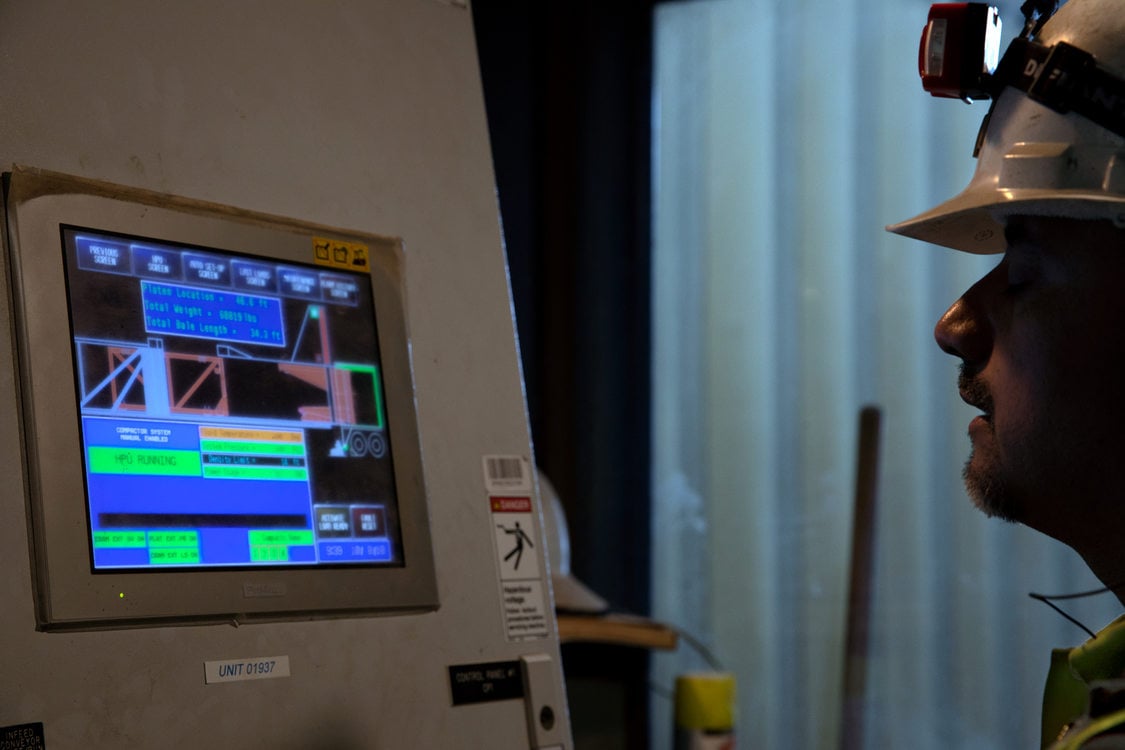 Hernández monitors the status of the garbage as it gets compressed into 34-ton "bricks." 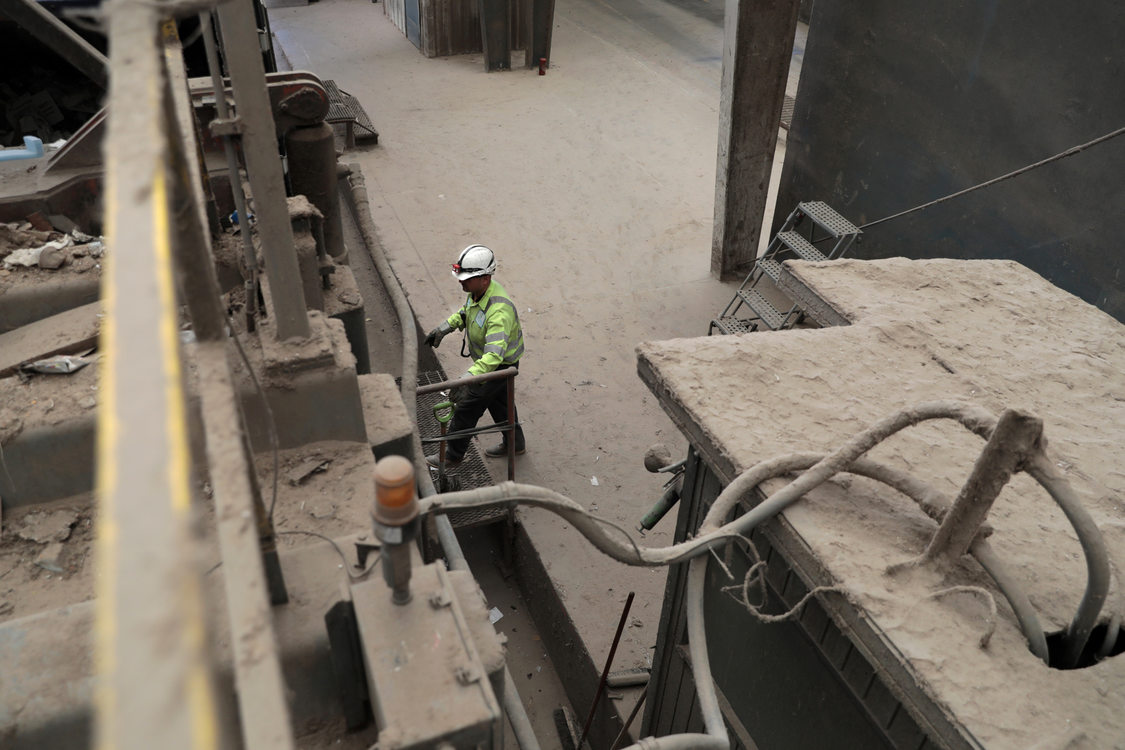 Hernández moves between two compactors and trailer bays during his shift to keep garbage moving along towards its final destination. 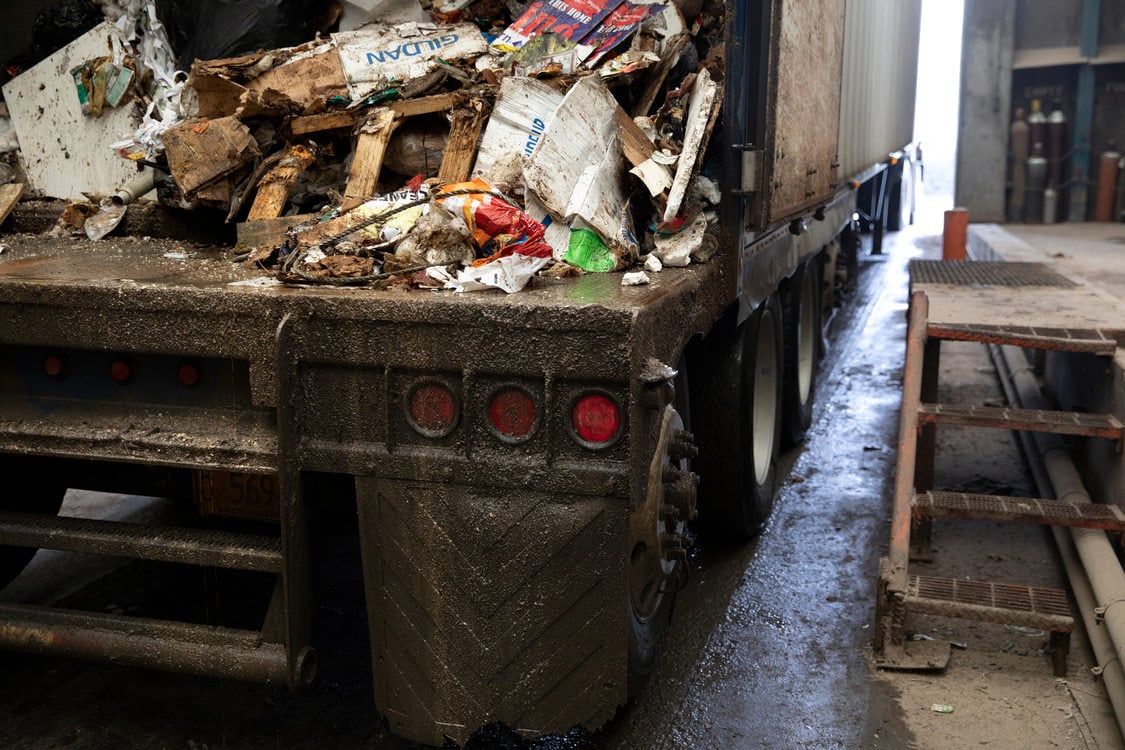 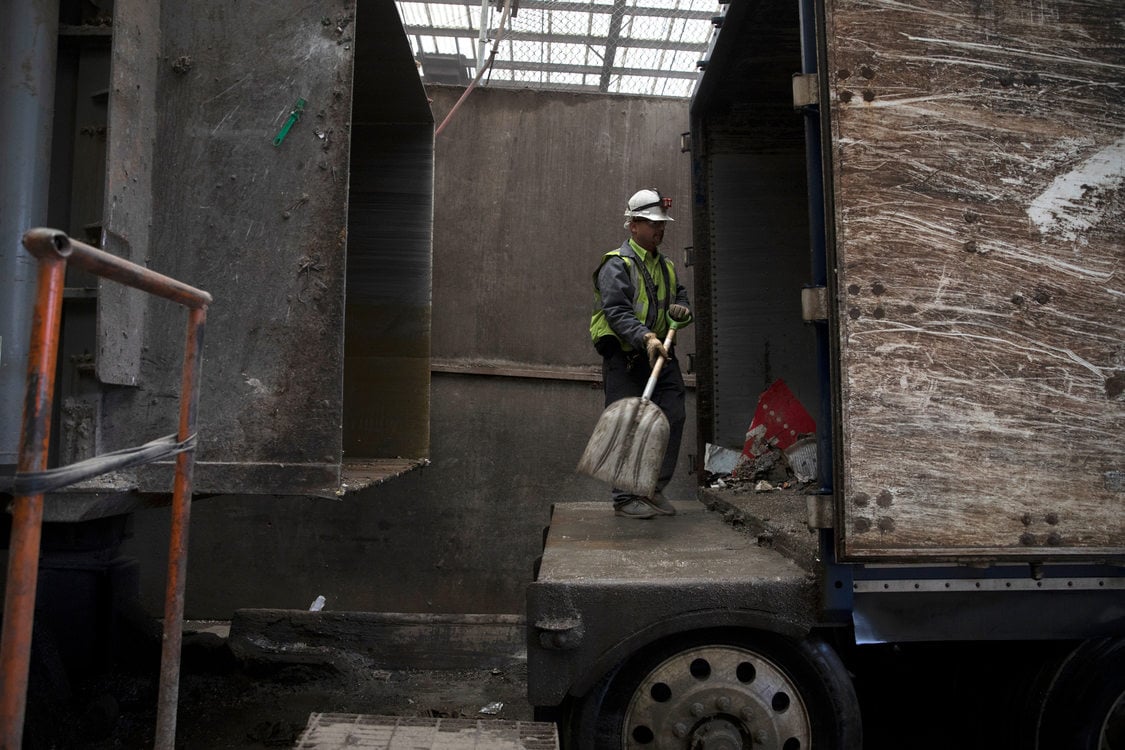 After a "brick" of garbage is fully compressed and has been pushed mechanically into the back of a trailer truck, Hernández cleans the area by hand.

Hernández secures the back of a loaded trailer before it heads to Columbia Ridge Landfill near Arlington, Ore.

Trash compactor operator, Francisco Hernández, was 16-years-old when he arrived here from the state of Michoacán in Mexico.

Two things he never envisioned when he came - that he still would be living here today and that he would be working in the field of waste management.

Francisco Hernández began working at Metro Central transfer station alongside his dad in 1998. It was his dad’s suggestion. And Hernández says it was good advice.

The transfer station is a place that receives loads of waste from garbage trucks as well as the general public. Workers there sort through the drop-offs to separate trash from items like wood and metal that can be recycled. Then the various materials are sent along to their next destinations.

About 30 trailer trucks of trash leave the transfer station and head to landfills every day. And each truck carries 68,000-pounds of compacted garbage.

“My job is to make 34-ton ’bricks’ of trash and put them in the trailer,” Hernández says.

As a compactor operator, Hernández monitors the volume of trash being prepared for transport.  He keeps an eye out for any problems as trash moves from the compacter into the truck. He secures the trailer before it heads out and cleans the area before starting the process all over again.

In the breakroom, you often can find him eating with his earbuds in - listening to English tutorials - trying to get better.

We visited Hernández on the job to hear more about what he does.

A: I like doing everything. I operate a number of machines. I know how to drive the trailers. I work the compactor. I know how to do a bit of everything here. That’s the reason I like my job very much. If they are short a person anywhere in the facility – I can fill in.

Q: What’s something that’s not so great about your job?

A: Sometimes we get really stinky drop-offs. Especially ones that have fish. That’s the only thing I don’t like.

Q: Has your job made you think differently about garbage and recycling?

A: Well, yes. Because there are a lot of companies that throw out good things instead of donating them. They just throw them out – seeing this makes one stop and think. For example, there are places in Mexico or Central America that could use these things. It makes one sad sometimes because of everything people throw out that could be used still.

Q: If you could change one thing about what we throw away, what would it be?

A: People throw away many things that are perfectly fine. They throw out new televisions, all kinds of brand new things. Instead of throwing things out, I wish people would donate them to others who don’t have the means to buy them. But many people prefer to toss them out. I wish I could change that.

Q: Tell us about one of the most memorable things you’ve seen come through here.

A: Once, a truck arrived with something like 50 gallons of black pepper. But we didn’t know it was in there. So, when the machinery broke the barrel containing it, we all started coughing. And we ran out of the facility. They activated the evacuation alarm. We thought it was some kind of chemical. The firefighters arrived to investigate. And they discovered the pepper. When they told us what it was, we all started laughing. Because some workers were feeling really bad. But it was just pepper!

Related stories
On the job with Sharee Toliver-Hill 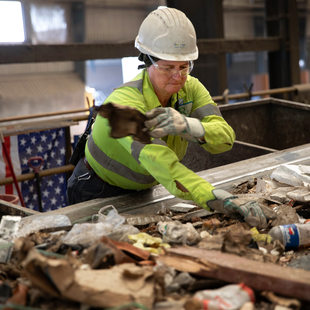 On the job with Sharee Toliver-Hill