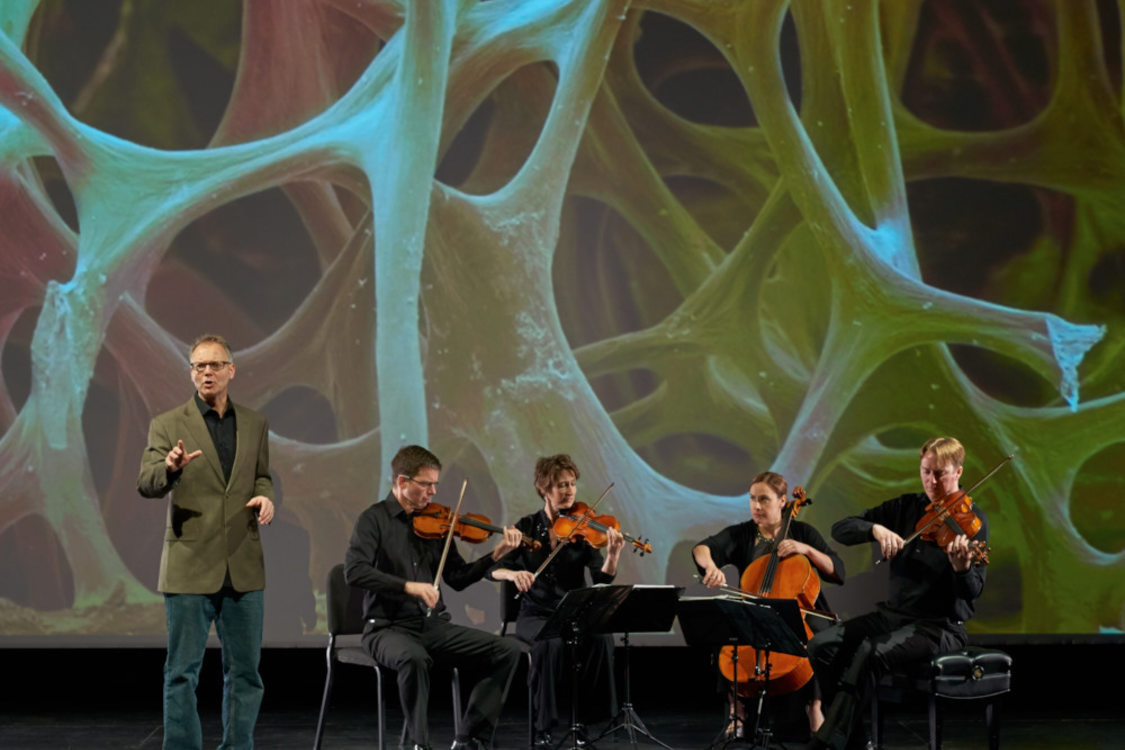 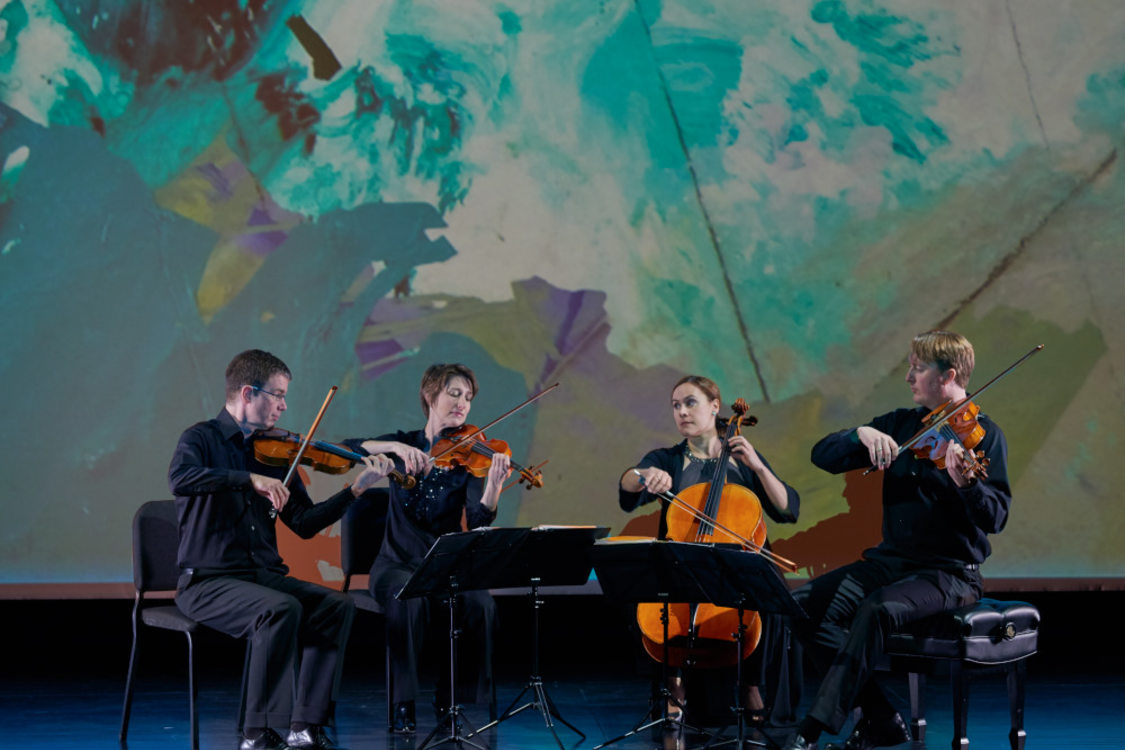 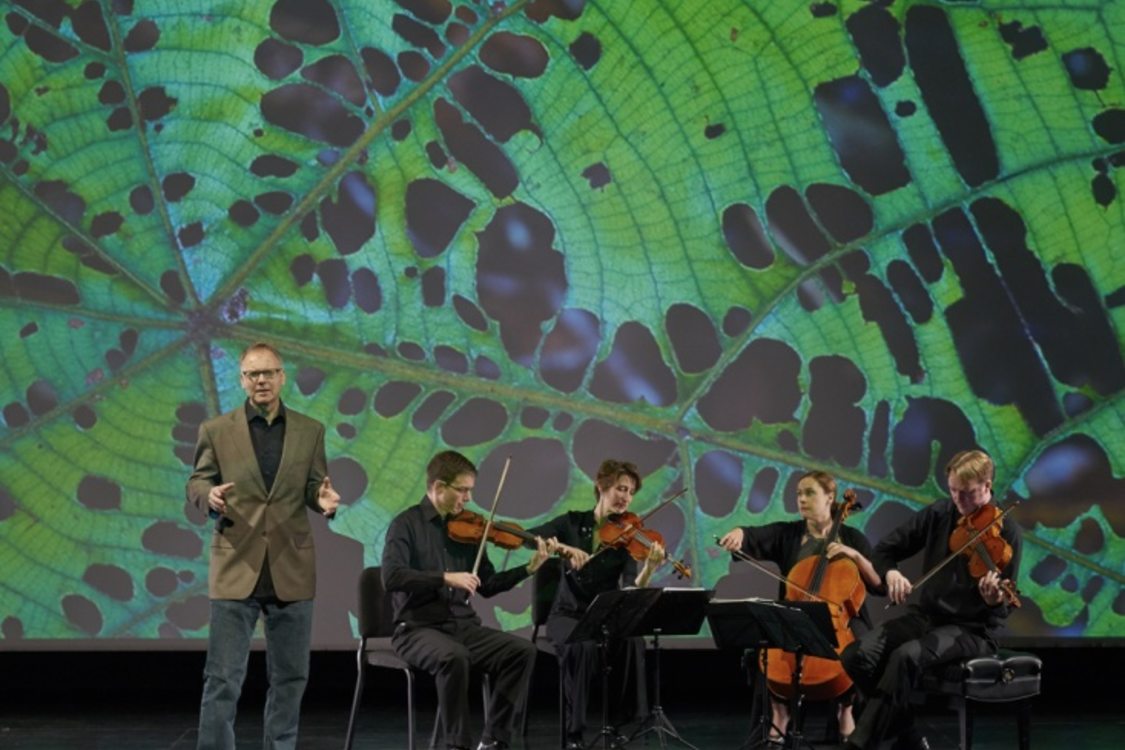 The performance is the brainchild of Dr. Robert Davies, a physicist at Utah State University. Davies was presenting scientific lectures on climate change and sustainability issues and while the messages were getting across, he felt there was something missing.

“I tell you we are racing toward the cliff but you walk outside and it doesn’t feel like it,” Davies said. “I know I have a visceral experience when I listen to chamber music. My idea was to connect people with the information and unleash powerful music on it and see what it does.”

He tapped the Fry Street Quartet to provide the musical accompaniment for the presentation and composer Laura Kaminsky wrote a portion of the music.

Tom Sessa, director of booking, sales and marketing at Portland'5 Centers for the Arts said the Crossroads performance is very different from anything Portland’5 has done before.

Rebecca McFaul, a violinist with the Fry Street Quartet said she has long paid attention to issues of sustainability and climate.

“I wanted for my art form to somehow have a voice in this discussion,” she said. “Having attended one of Dr. Davies’ lectures, music seemed like a perfect addition.”

Davies has made climate science his life’s work.

Davies said he hopes the performance leaves the audience poised to act.

“The end of the performance is intense. We hope people walk out and say I can’t not do something,” he said.

Audience members will have the opportunity to take action in the theater lobby where Metro will have a Let’s Talk Trash trivia challenge with prizes to be awarded and a survey about the future of the region’s trash.

“We hope to engage people in a conversation about choices we have for managing our garbage in the future,” said Karen Blauer, Metro’s senior public affairs specialist.

McFaul said the music lends a voice to the emotional side of environmental concerns, but in addition to the serious message, she said the music is worth coming out for.

“There is a triumph inside the performance,” she said. “The music itself is gorgeous. It is just a gorgeous score. It glistens.”

This post has been updated to clarify a quote.