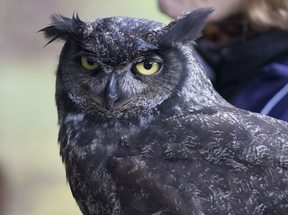 Explore great places and more in the fall 2017 issue of Our Big Backyard magazine.

With the stroke of a Sharpie, five regional leaders closed yet another chapter in the decade-long quest for urban and rural reserves.

At a ceremony in the Clackamas County Commission chamber, Metro Council President Tom Hughes, Clackamas County Chair Jim Bernard, West Linn Mayor Russ Axelrod, Lake Oswego Mayor Kent Studebaker and Tualatin Mayor Lou Ogden all signed on to an agreement that, they all hope, will be the last needed to finalize the reserves plan.

Metro, the region’s counties and cities have been working on developing the reserves plan for more than a decade, completing the first reserves agreement in early 2010. The reserves system was a reform to Oregon’s land use rules that allowed Portland-area leaders to designate “urban reserves,” which would be the first land targeted for urban growth boundary expansions through 2060, and “rural reserves,” which would be off limits for UGB expansions in that time.

The 2010 agreement was appealed by several parties, including the cities of Tualatin, Lake Oswego and West Linn, who opposed the designation of the Stafford Basin as an urban reserve. In 2014, the Oregon Court of Appeals sided with the cities, saying Metro and the county needed to make technical fixes to the urban reserves designation.

The Metro Council and Clackamas County passed their reserves plans earlier this year, and the cities joined the regional and county governments in signing an intergovernmental agreement laying out shared expectations for how the Stafford area would grow.

“Now that we’ve adopted these reserves, we can finally use them in Clackamas County for their intended purpose – growing where it makes sense, where communities have a need and where we can make the most of our public funding for pipes, roads, parks and schools,” Hughes said at Wednesday’s ceremony. “We can start to talk about how to get more jobs in the I-205 corridor and wisely use available land for more housing.”

Ogden said the agreement was an important step for the region’s economy and quality of life.

“Development is a necessary part of progress,” he said. “I don’t mean progress so we can till soil and build things, but it keeps the economy moving, makes sure quality of life extends for people who live here now and for the people who are coming.”

But, he said, there’s a lot of work to be done. The three cities that surround the Stafford Basin – an area roughly between West Linn and Tualatin along I-205 and south of Lake Oswego –  have to reach agreements among themselves about how to plan for Stafford’s future.

And, Bernard said, that plan also has to meet the needs of Stafford’s current residents.

“We look forward to a bright future for the Stafford community that meets the needs and wants of the community and the larger region,” he said.

The reserves agreement is expected to be reviewed by state regulators later this year.

The how and why of recycling – and in some cases, not recycling – plastic.
Related stories
A 50-year map: Years of research, public input led to agreement on reserves plan