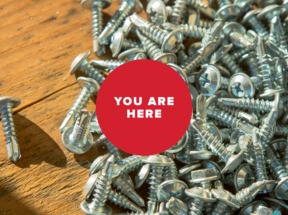 A new report from the Obama administration says some local regulations prevent construction of apartments and affordable housing, increasing segregation and make it harder for developers to build homes in high-demand areas – urban areas with jobs, transit and business.

The report, released Sept. 26, says those barriers can add up to increased costs for residents, economies and the environment, and present a drag to society as a whole. It identifies 10 key reforms that could improve access to housing and get more money in the economy.

Here's how greater Portland stacks up in the reforms recommended by the White House:

The concept: Any building that meets local zoning requirements should be allowed to be built. No more public hearings or city council votes once the zoning's set.

How greater Portland is doing: Oregon's land use laws make it relatively easy to build by right – because cities have to take a longer look at zoning, and don't tinker with zoning maps often, few projects have to go to city council for approval. But there's a downside, too. Opponents of development can launch onerous land use appeals, stalling projects for months or longer. And, regardless of Oregon's land use laws, design review boards in some areas can make developments more expensive by requiring projects that meet zoning rules to also meet arbitrary aesthetic standards.

The concept: There were more than 10 million empty homes in the United States in 2014. In greater Portland, the Census bureau estimates that more than 40,000 homes are sitting vacant. Several cities have looked at ways get vacant homes occupied, and to sell foreclosed, vacant residential lots to developers.

How greater Portland is doing: It isn't. Cities have been historically loath to deal with vacant properties – even houses that were deteriorating and compiling thousands of dollars in city fees. Vacant properties are a drag for everyone – not only is it unused housing inventory, but studies found that crime rates increase around vacant homes, property values decrease and tax revenue is lost. As for vacant lots, greater Portland has these in abundance – but costs for roads, parks, pipes and schools often are a hindrance to development.

The concept: Using technology and efficient practices, code inspectors and permit review teams could make it easier to build.

"I think Portland and other governments need to develop parking management programs that deliver value to residents. Residents hate permits because they rarely really work," Jordan wrote in an email. "I think residents will be less resistant if the policy actually leads to easier parking at a price (by limiting supply and charging close to market rates) and they will see other benefits as well if the extra money is used for TDM (transportation demand management) and safety improvements.  Finally, proper pricing should lead to lower car ownership rates, which is good for everyone too!"

The concept: Increasing housing supply will ultimately lead to decreased costs. Rules that limit or prohibit apartment construction ignore the reality that as population increases, well, to borrow from either Mark Twain or Will Rogers, "land – they aren't making any more of it."

How greater Portland is doing: Local plans and Metro's 2040 growth concept have worked well here. Greater Portland is crisscrossed by transit corridors that have ample multifamily zones, and dotted with business districts where apartments and mixed-use development is promoted. There have been some growing pains as people get used to more apartments along major streets, but the system is working as it's designed – focus apartments in specific, widely-distributed areas, and preserve single-family neighborhoods nearby those corridors.

The concept: If the owners of large single-family lots want to build another home on their properties, let them.

How greater Portland is doing: Portland was actually cited in the White House report as an example of a place that has explicitly encouraged development of accessory dwelling units, or ADUs. Portland proper is encouraging development of the units. Even units that today are used as tiny homes for parents, adult children or short-term rentals are still permanent inventory that someday could be market-rate housing.

The concept: Zoning rules generally put a cap on the number of units allowed at a site, or the height of a building allowed on a property. Density bonuses allow developers to exceed those caps if they include affordable housing in their project. It could provide a financial subsidy to affordable housing essentially by doing a simple zoning change.

How greater Portland is doing: Density bonuses have been used in downtown Portland for some time – but haven't been used extensively beyond the city center, and almost not at all in the suburbs. But upcoming changes in mixed-use zones in Portland proper – changes which Metro has criticized – are likely to allow for density bonuses in those areas as well.

Metro has also helped support density bonuses, in a way, through its transit-oriented development program. Grants from the program – funded by the federal government to encourage more development in transit corridors – have increasingly been targeted towards developers who can add more affordable housing to their projects with a little extra capital.

Use development taxes and incentives to support affordability

The concept: Waiving property taxes for a set period of time can entice new construction.

How greater Portland is doing: Oregon was at the cutting-edge on this 30 years ago, and Portland proper still offers tax abatement on new construction in some urban renewal areas. But those abatements aren't tied to affordability. Recent legislation from Salem on cleaning up brownfields includes some bonuses for developers building affordable housing.

One of the initiative's active programs is a $500,000 grant opportunity to help Portland-area communities reduce barriers to such equitable housing. Several communities have applied for grants from this program; awards will be announced in the fall.

So what does it take to make new homes happen? We checked in on a few places seeing active construction in the Portland region today to see what had to come together – and to gauge just how affordable the results have been.

The grants are aimed at eliminating barriers to development, including zoning changes that could create “missing middle” housing for mid-income residents, evaluation of regulations that could spark more development and implementation of streamlined permitting for affordable housing projects.
Related stories
Portland's housing challenge: 4 charts to ponder