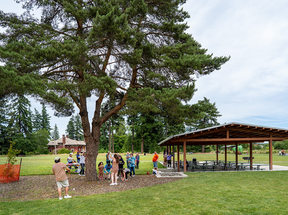 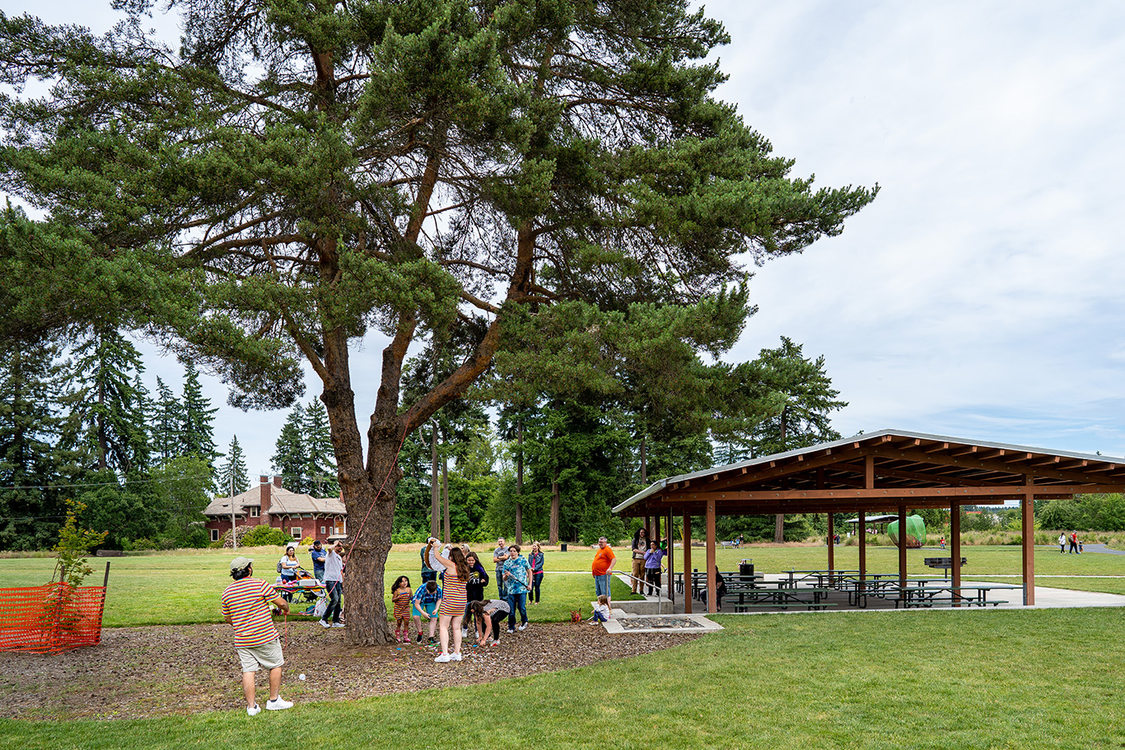 Children wait for candy to fall from a piñata during a birthday party at Orenco Woods Nature Park in Hillsboro. 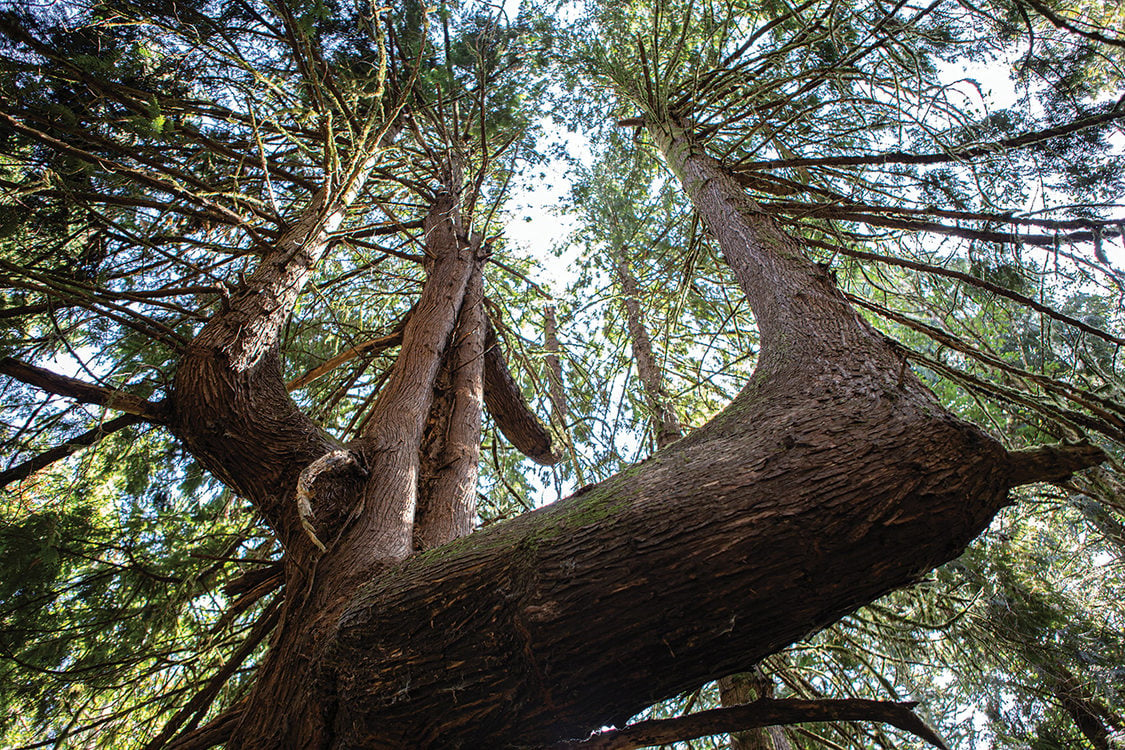 Western red cedar fill Newell Creek Canyon. Some are enormous, and none more fetching than this titan along Cedar Grove Trail.

A massive western red cedar stands in Newell Creek Canyon Nature Park. The nature park, which lies right in Oregon City, was completed with funds from the 2019 parks and nature bond measure. 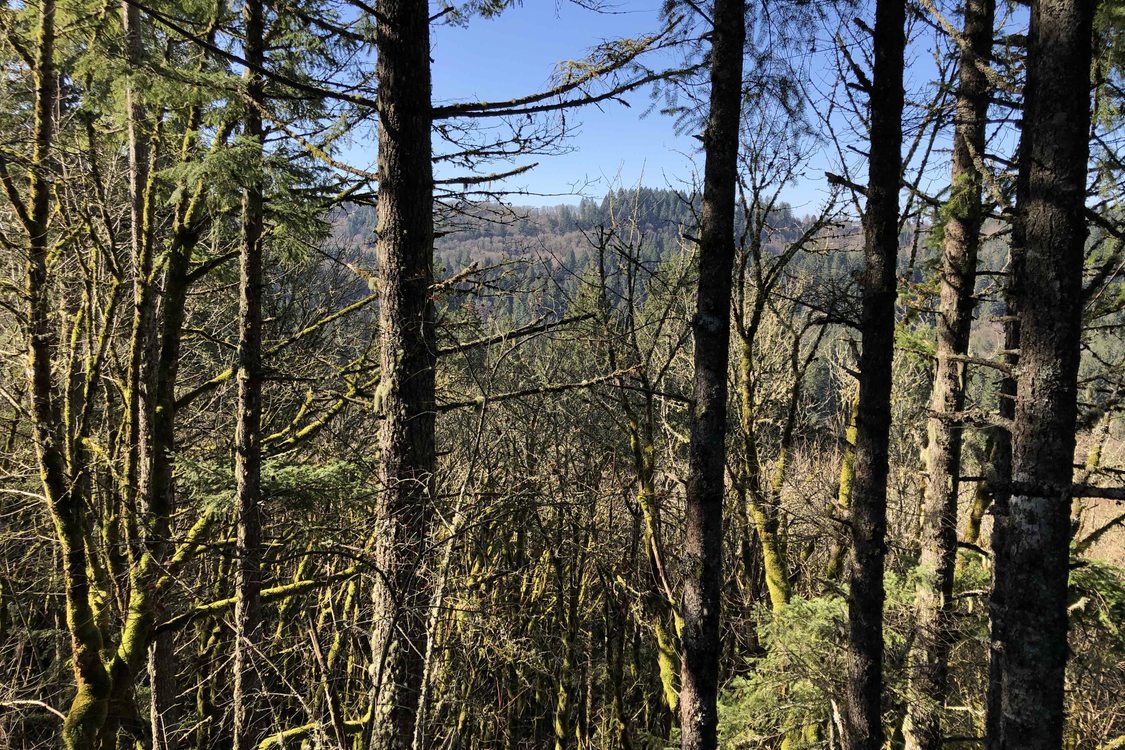 In 2020, Metro made its first acquisition with funds from the 2019 parks and nature bond measure when it purchased 86 acres of natural area in the Sandy River Gorge.

Since Metro’s parks and natural areas program began in the 1990s, there hasn’t been a year like the last one to show why it’s so critical that voters have called on Metro to protect clean water, restore fish and wildlife habitat and provide access to nature for communities across the region.

Metro’s parks have always been a refuge to people seeking the physical, mental and spiritual boosts offered by spending time in the outdoors. That’s only more true during this long pandemic. Whether it’s hiking Mount Talbert Nature Park, swimming at Broughton Beach, admiring prairies of wildflowers at Cooper Mountain Nature Park, trying out disc gold at Blue Lake Regional Park, or sitting at a picnic bench at Orenco Woods Nature Park, Metro’s parks provide a place near home to drink in nature in any way a person wants.

In July 2020, Metro Council signed off on a bond framework – a roadmap for developing the six programs in the 2019 parks and nature bond measure. Since then, Metro has worked with community members, partner organizations, local park providers and others to implement the bond measure to achieve regional goals for clean water, habitat protection, climate resilience, access to nature, racial equity and community engagement.

The work is guided by the Parks and Nature System Plan, a long-term strategic plan and framework, and the Parks and Nature Department’s Racial Equity, Diversity and Inclusion Action Plan. The action plan, completed in late 2018, comprises more than 80 actions aimed at improving economic, environmental and cultural equity. These actions focus on connecting communities of color to resources; providing more equitable access to safe, welcoming parks, trails and natural areas; and helping people of color connect with nature and one another in the region's parks and nature system.

During the past year, Metro has continued to purchase land to steward as natural areas, it launched a new local share program that funds capital projects that matter to local communities, it put the finishing touches on two nature parks – Newell Creek Canyon and Chehalem Ridge – and, because of voters investing in nature and the future of this region, its done even more.

The impacts of current investments can be seen on the ground, with cleaner water, healthier habitats, and new opportunities to enjoy parks and nature.

Learn more about how your tax dollars were spent from July 2020 to June 2021.

Protecting clean water and restoring fish and wildlife habitat remain at the core of Metro’s parks and nature mission.