The Portland region generates about a million tons of garbage each year. That’s what’s left after reusing, recycling, composting or making energy from nearly 60 percent of what the residents and businesses toss – enough to fill 2,500 Olympic-size swimming pools. Right now, much of that garbage gets buried in landfills. But the contract Metro holds with Waste Management to do that expires at the end of 2019.

What happens after that is up for discussion. The last installment of that discussion happened in July. At that time, Metro staff presented the potential costs and benefits of technologies that could help put more use to what we throw away and the likely challenges in implementing some of those technologies. The council then directed staff to narrow in on a shorter list of the most viable options.

A key option involves removing food scraps from garbage, largely because food scraps make up nearly a fifth of what the region sends to landfills today. Removing them for use – as energy or as compost – also makes the remaining trash drier, creating more potential for other technologies that can use that garbage as a resource as well. A project is now in progress to look at ways to get more food scraps out of the greater Portland area’s garbage.

Staff is asking the council for guidance on whether to pursue two options:

Last year, Metro surveyed residents around the region about these options, both in person and through Opt In. Results of those surveys not only showed significant interest in exploring options to burn more garbage for electricity, but also the willingness to pay a little more for better use of garbage.

More details of the survey's results will be released to the public soon. 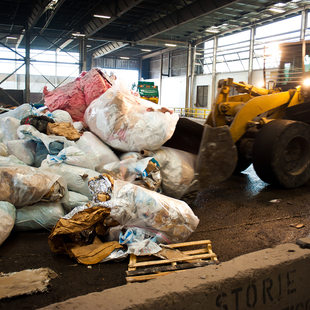