Winter is the season of up-close observation of little birds. With food scarce, little birds create multispecies flocks to guard against predators and find food – often in feeders strategically placed outside windows. Here are the birds you can expect to visit and the treats they love best.

Drab at first sight, this finch flashes yellow highlights in its wings. Built to hang from pine cones, it challenges chickadees for the avian gymnast crown. Photo: NPS In winter, this small, bright yellow finch turns dull and teams up with other little birds in mixed flocks. The males become more colorful every month. Photo: USFWS A miniscule finch, the females flash a dusky yellow while the males wear a black hood and greenish cape. They group in big flocks and mob feeders. Photo: USFS

These bouncing balls of gray-drab fluff may be the smallest and dullest-looking birds at your feeder, but their acrobatics are endless fun. Photo: USFWS Small and gray and always on the move in evergreen trees. Its yellow-fringed wings are gorgeous but the males’ golden crown blows minds. Photo: Andy Reago and Chrissy McClarren The smallest woodpecker in the United States, the black and white bird with a red cap hangs upright from trees and braces its tail against branches and boards. Photo: Sunny

Found only on the West Coast, this tiny brown, black and white acrobat dangles and dances around feeders and nearby bushes. Photo: Andy Reago and Chrissy McClarren A long, oval-shaped bird that loves to point its long-beaked head straight down, this nuthatch has a red belly, blue back, and black-and-white streaked head. Photo: USFWS

This is the only winter hummingbird in greater Portland, and it only sticks around because people feed them. A full feeder will keep neighborhood hummingbirds happy all winter. Photo: USFWS
Related stories
What’s that rustling in the yard? Fallen leaves and dead wood help wildlife 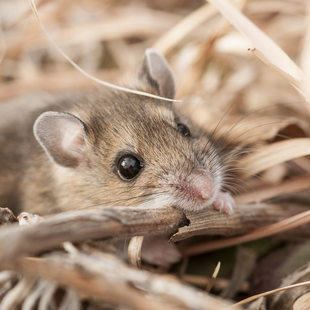 What’s that rustling in the yard? Fallen leaves and dead wood help wildlife

Turn your yard into winter habitat for native wildlife 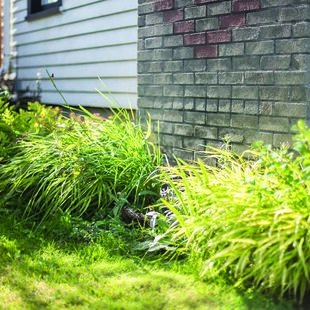 Turn your yard into winter habitat for native wildlife