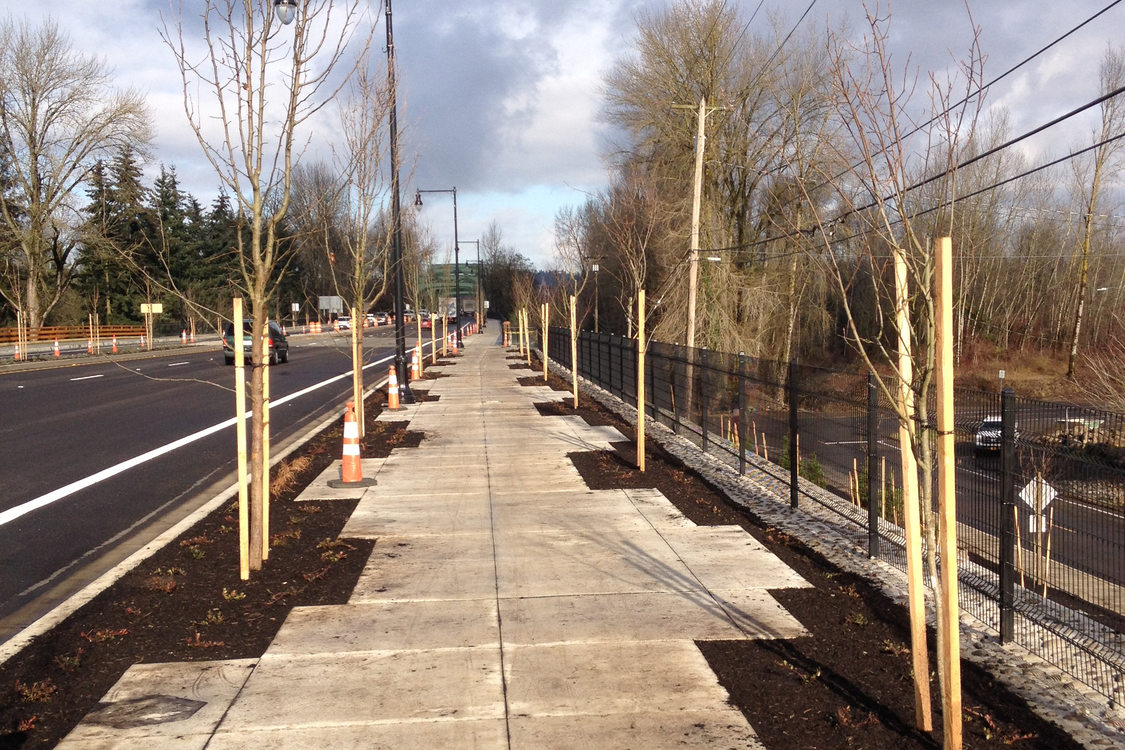 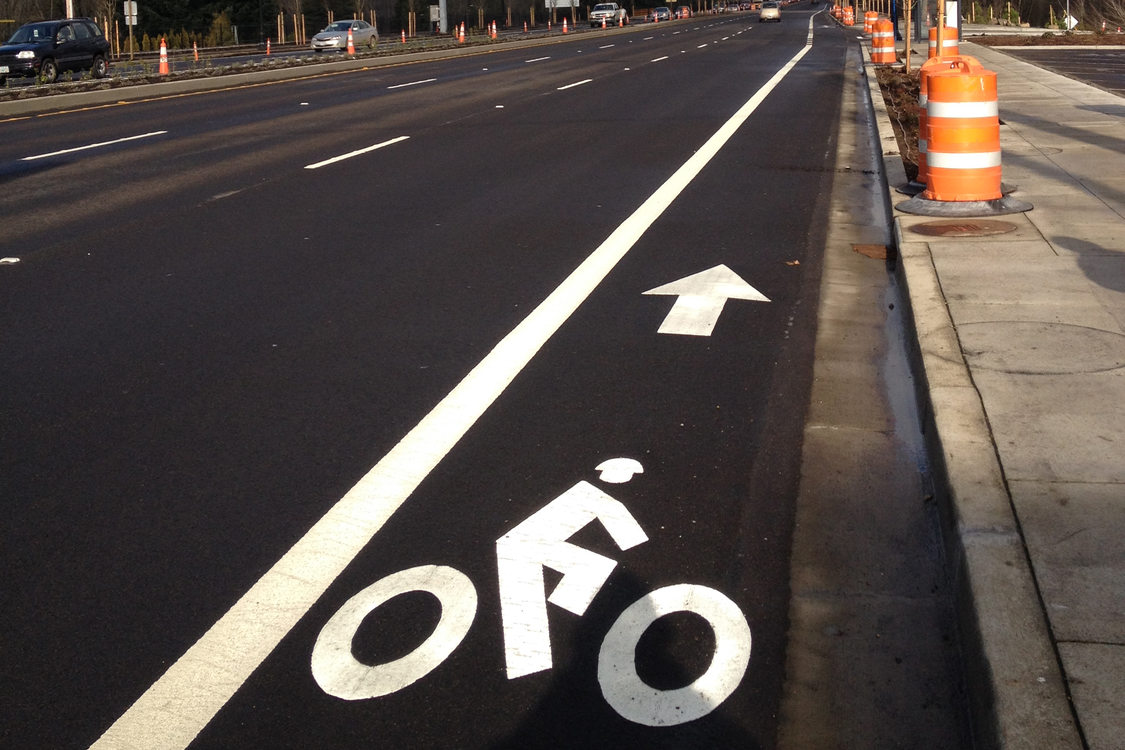 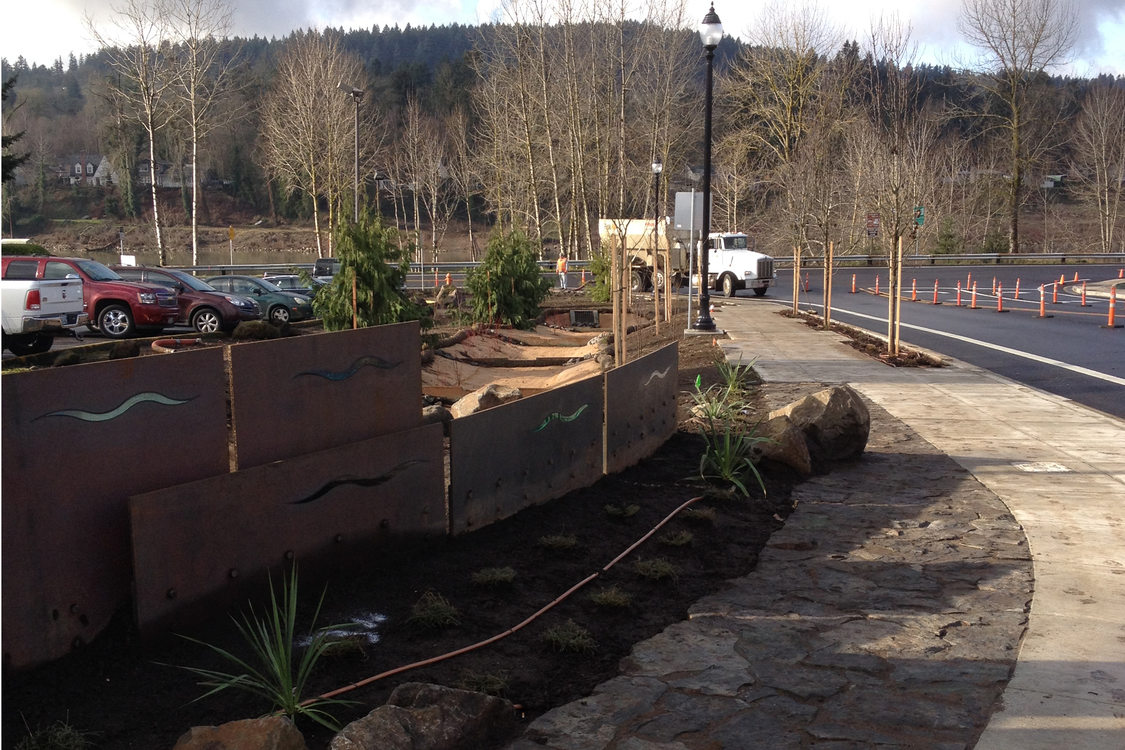 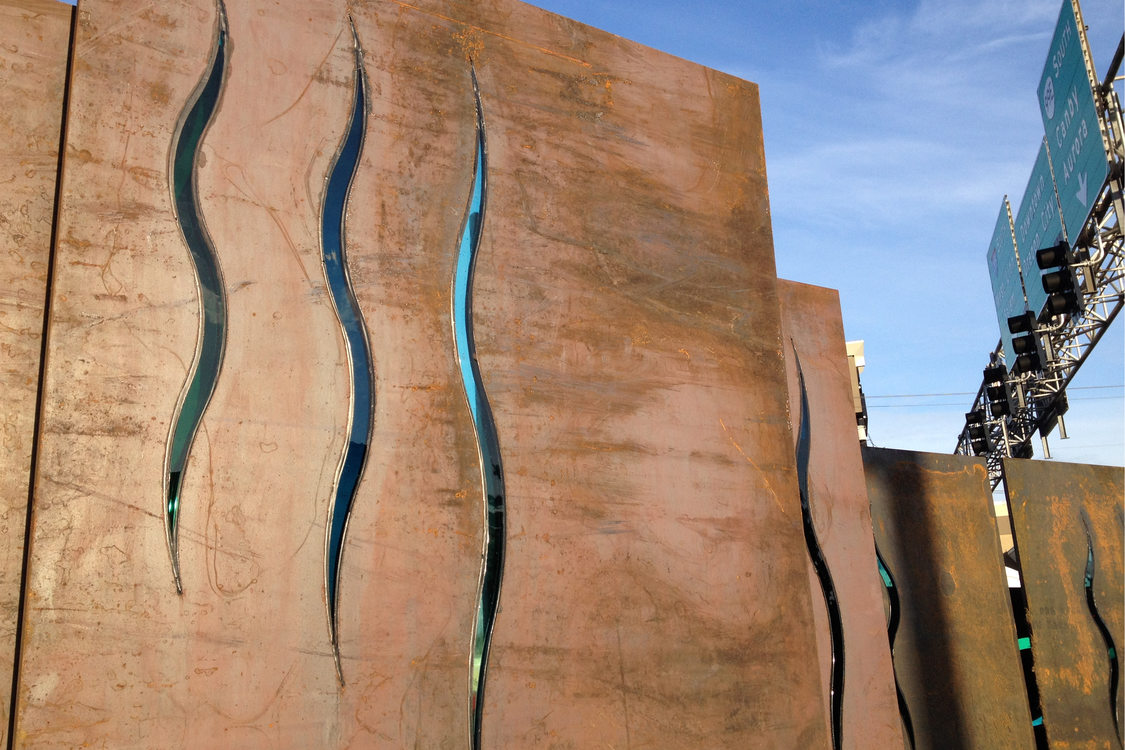 Travelers entering Oregon City on the north end of town are now met by a welcoming gateway leaders have been envisioning for a decade.

As a $4 million renovation of McLoughlin Boulevard wraps up, Oregon City leaders are two steps closer to realizing their vision of a long-term enhancement plan for one of the city’s main boulevards – with just one step yet to come.

The project, phase two of the three-part plan adopted by Oregon City in 2005, focuses on the area between Dunes Drive and the John McLoughlin Bridge over Clackamas River. With goals for added safety, environmental benefits, and recreational development, the upgrades include new sidewalks, widened bike lanes and new bus shelters; storm water treatment with rain swales and street trees; and connections for people walking and bicycling from Clackamas River bridge to Clackamette and Jon Storm parks.

“It really strings together a nice set of pearls that brings you into Oregon City,” Lewis said.

Metro’s Regional Flexible Funds program awarded $3 million for the work, and Oregon City added a $1 million local match. Prior to each cycle of the flexible funds grant program Metro leaders work with the Joint Policy Advisory Committee on Transportation to decide what types of projects will be prioritized to receive the funding, which come from a variety of federal sources and are allocated every few years.

"One of the four policy focus areas from this round of Regional Flexible Funds was to support investments in mixed-use centers, where a large portion of the region’s growth is targeted to happen,” said Ted Leybold, Metro transportation planning manager, in an email.

The McLoughlin project provides a safer place for everyone using the road, and leverages private and public investments to increase the vibrancy, livability and economic activity of downtown Oregon City, Leybold said.

And just south of downtown, the Willamette Falls Legacy Project – a partnership between Metro, Oregon City, Clackamas County and several other public and private partners – seeks to redevelop an abandoned paper mill and restore public access to the west's most powerful waterfall.

The first phase of the McLoughlin Boulevard Enhancement Plan was completed in 2009 for the span between 10th Street and Dunes Drive heading closer to downtown Oregon City. The third and final phase will upgrade through the downtown district from 10th Street to Railroad Avenue.

A main thoroughfare through the heart of Cornelius is becoming tree-lined this fall as the final step in a $3.6 million project to upgrade the streetscape in that Washington County city.