People have come to Blue Lake since 1925 to splash, play, picnic and connect with nature. But the infrastructure at the park is aging, and improvements are needed to keep Blue Lake fun, safe and healthy for future generations.
back next 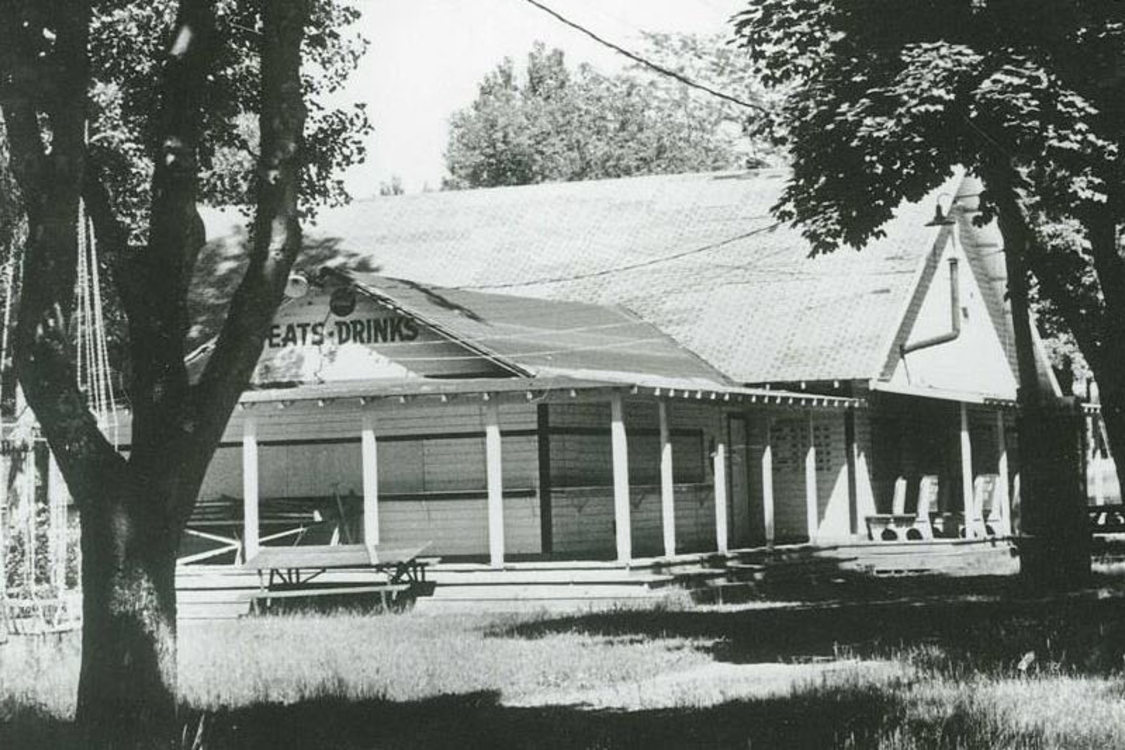 View of the Blue Lake Dance Hall and the Merry Mix-up Swing Ride. The original Dance Pavilion burned in 1928 and was replaced with this building (July 3, 1930).

In the mid-1920s people started building summer cottages on the banks of Blue Lake. Blue Lake Regional Park opened in 1925 as a family-run attraction with a dance hall, rides and swimming.

After purchasing the park in the early 1960s, Multnomah County removed the dance hall and rides, improved the rest of the facilities and reopened Blue Lake to the public.

Multnomah County transferred its parks to Metro in 1994, starting a new chapter for Blue Lake and its many generations of visitors.