Two new agreements secure future public access to Willamette Falls, the second most powerful waterfall in North America. The agreements allow work to continue on a public riverwalk that will provide visitors majestic views of the falls, which has been closed to the public for more than a century. 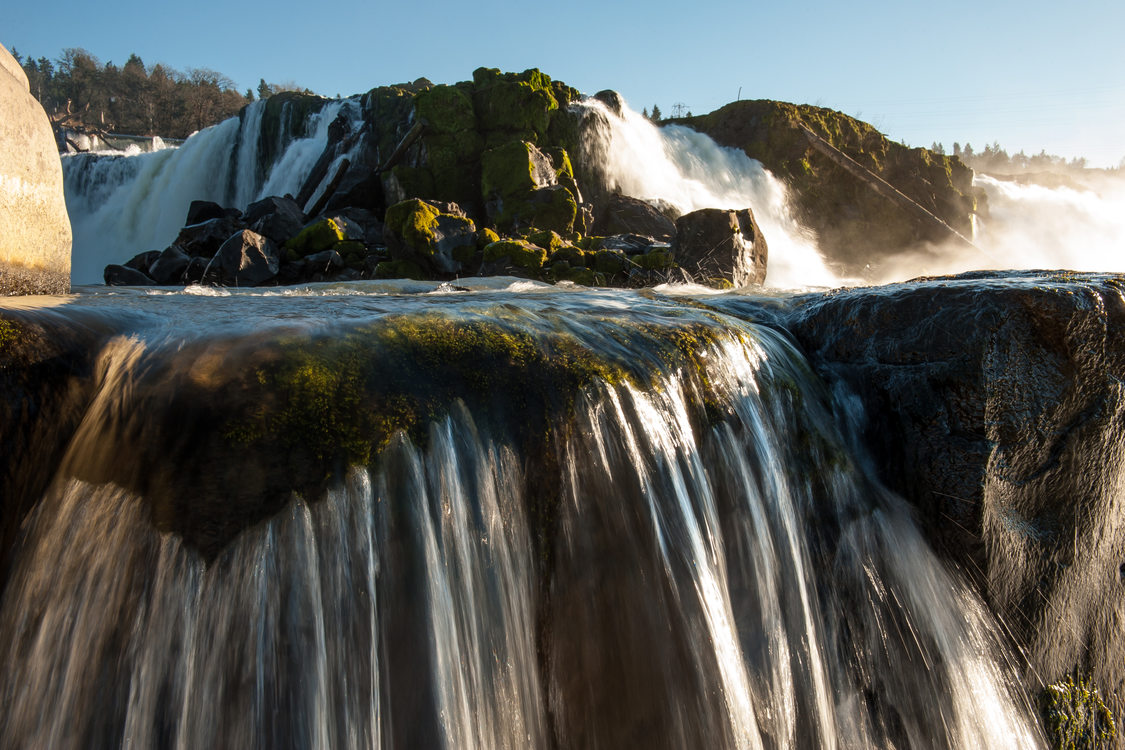 The Willamette Falls Legacy Project is a collaboration among Metro, Oregon City, Clackamas County and the State of Oregon. The project aims to create an iconic place. 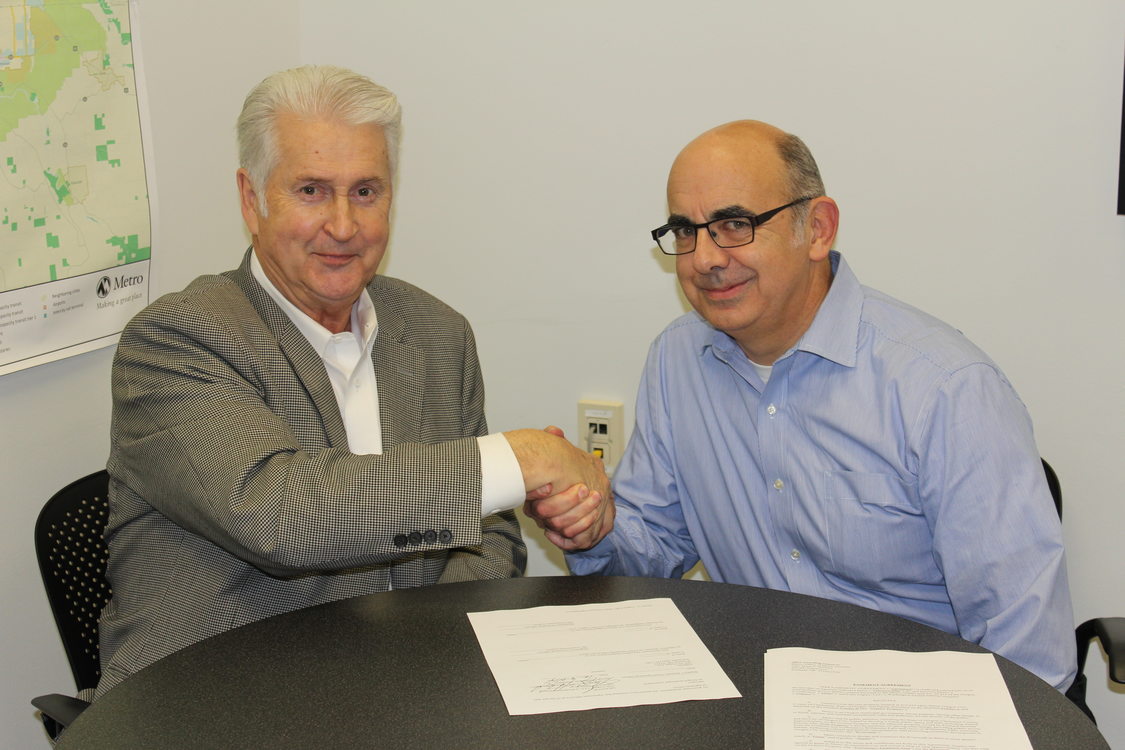 New agreements with a private developer and Portland General Electric have secured public access to Willamette Falls, the second most powerful waterfall in North America.

The agreements allow Metro and its partners in the Willamette Falls Legacy Project to continue moving forward with plans for a public riverwalk along the Willamette River at the former Blue Heron paper mill site in downtown Oregon City. By drawing people to Willamette Falls, the riverwalk will spur private development to transform the site into a scenic destination and a vibrant neighborhood that blends homes, shops, businesses and perhaps even a hotel or light industry.

Site owner George Heidgerken is an engaged and committed private partner who shares the community’s vision for the property, Collette said.

“He sees the specialness of this site,” she said. “We were hoping we would get a partner like George who sees in this industrial site at the base of a waterfall what we see – a magical place that’s a game-changer for our region.”

Metro’s agreement with PGE will allow the riverwalk to be built across a portion of the utility’s dam along Willamette Falls to the spot offering the best close-up view of the falls. PGE operates a hydroelectric facility at the site, one of the oldest in the United States and an important energy source for the region.

“PGE is a proponent of economic development and working collaboratively with the communities we serve,” said Maria Pope, a senior vice president of PGE. “We recognize the importance of the beauty and history of the falls and are very supportive of the development and transformation that is envisioned.”

Both agreements were donated to Metro without cost to taxpayers.

The project started after Blue Heron Paper Company, the previous owner of the property, filed for bankruptcy in February 2011. When the last mills shut down, the opportunity came to bring new life to a site that powered a booming industrial scene – and gave birth to the state.

“It’s a special place in Oregon,” said Heidgerken. “It’s one-of-a-kind. People are going to want to be there.”

The agreement with Metro will also ensure that the public riverwalk and private development move forward as part of an integrated plan for the overall site.

Metro is currently developing a request for proposals for a team to design and complete preliminary engineering work on the riverwalk. Once on board, that team is expected to take about 18 months to develop cost estimates and a plan for construction. The project partners have already secured $10 million for the first phase of construction, which will begin after design and engineering are completed and required permits are obtained.

“The falls is, in fact, the basis of the existence of the city, so it’s a tremendous piece of our history and identity that’s tied to that site,” Neeley said. “This project is phenomenal.”