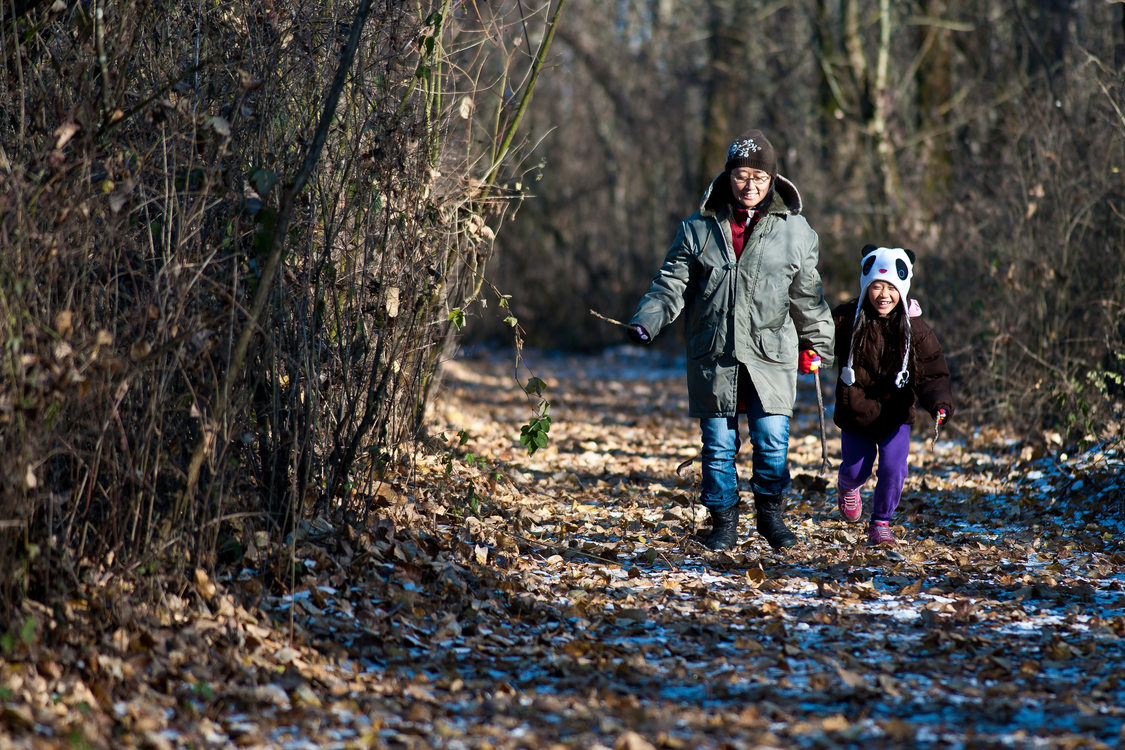 At Smith and Bybee Wetlands, take the Interlakes Trail or go by boat to explore one of America’s largest urban wetlands. Either way, you might find beavers, river otters, black-tailed deer, osprey, bald eagles and Western painted turtles. 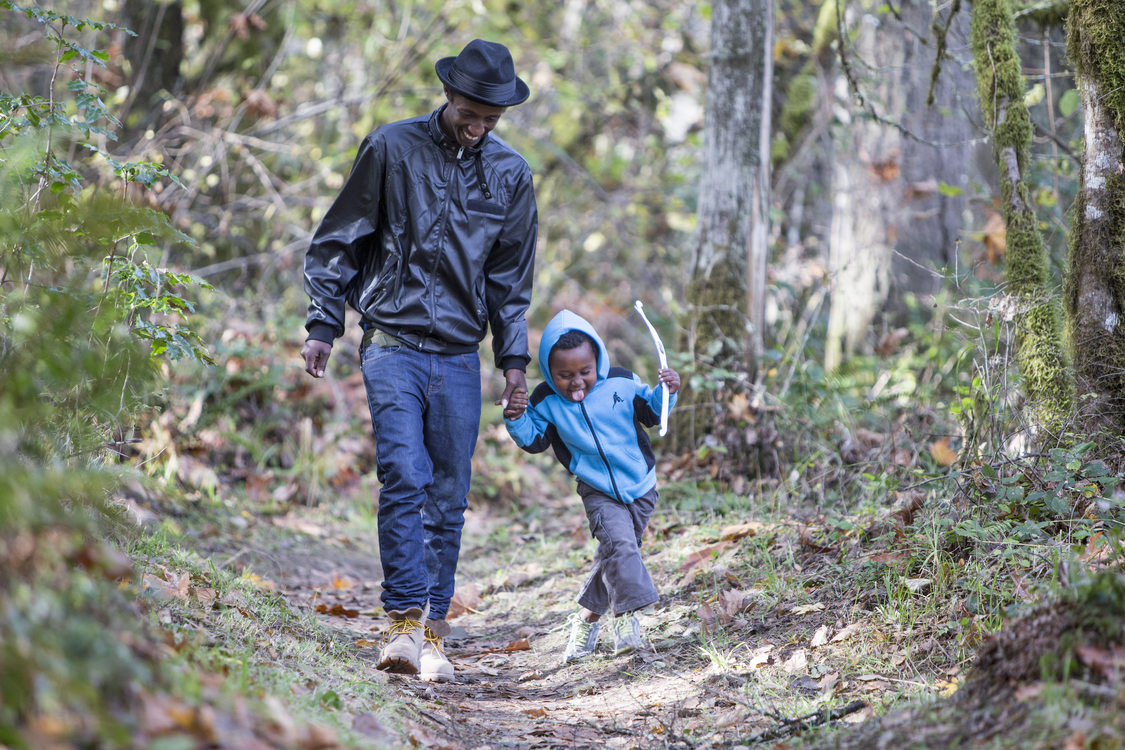 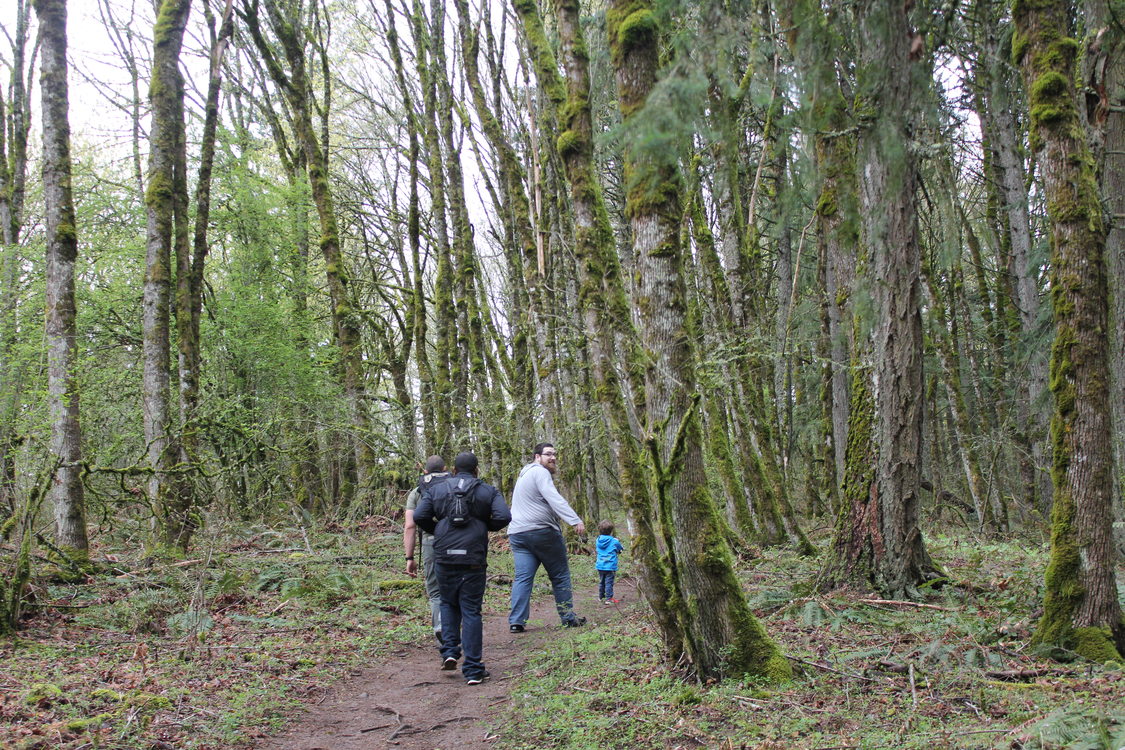 Spending more time in nature doesn’t have to be hard. Here are a few tips:

• Sit quietly outside, and pay attention to the smells, sights and sounds of nature.

• Seek out community groups to tag along with on outdoor activities.

• If you aren’t able to get outside, play nature sounds that can be found on apps or online.

• Plan an outing with a friend – it’s more fun and safe.

• Instead of eating at your desk or in front of the TV, eat in a courtyard or on a porch.

• Use apps like eBird and help scientists collect nature data.

• Sign up for an outdoor volunteer activity, such as maintaining parks.

Spending more time in nature provides a variety of benefits for the mind and body, multiple scientific studies show. The health benefits of the outdoors are typically associated with exercise – running, hiking and biking are all popular in the Portland area. But you don’t need to raise your heartbeat to reap the health benefits of being outdoors.

These findings ring true for Michelle Lewis, a mental health counselor in Portland. Lewis, who practices at Akili Counseling Services, said she often recommends simple activities outdoors to people who suffer from anxiety and depression. The trick, she says, is being mindful of the various stimuli of nature.

“It reduces stress. It’s calming. Natural sounds are calming,” Lewis said. “So you take a walk in the wilderness, and it’s like it insulates you. It’s like a buffer. You can block out a lot of the environmental stressors, like people screaming, cars.”

Lewis recommends walking 10 to 15 minutes per day and practicing mindfulness, like feeling the grass, smelling flowers, listening to water flowing and focusing on birdsongs.

Michael Barton and his wife, Catherine McMullen, were talking a few years ago about their daughter Afton’s seizures.

What was triggering them? How could they minimize her risk of seizures?

Afton, who was diagnosed with epilepsy when she was 1, was having seizures in the car, in her sleep and at the dinner table. Her parents couldn’t identify a cause, but they noticed a
pattern: Afton was much less likely to have seizures if she was outside. When Afton was outside, she was calmer and had fewer behavioral problems.

At this point, the outdoors were already a big part of the family’s lives. In fall 2010, shortly after the family moved to Portland from Montana, Barton started a blog, “Exploring Portland’s Nature Areas,” to share his family’s outings with other parents seeking kid-friendly activities.

But when Barton, a stay-at-home dad, realized these outdoors activities also helped minimize Afton’s seizures, he became a lot more deliberate about spending time outdoors with
his two children. His eldest, Patrick, is 10.

The online community now has a Facebook group, “PDX Kids in Nature,” which began in early 2016 and has about 300 members.

On a short walk at Maricara Natural Area in Southwest Portland, Afton, now 4, sought out slugs and Patrick looked for tree branches to whittle with his pocket knife.

They stopped by some thimbleberry leaves and felt their soft, smooth surface.

After undergoing brain surgery recently, Afton has yet to have another seizure. The outdoors has been helpful to her recovery and behavioral issues that stem from her epilepsy,
Barton said.

Barton hopes that other families can use his blog and the Facebook group to spend more time outside.

For Patrick, nature provides an educational experience, where he can learn outdoor survival skills and more. Barton often takes the children on guided outings with naturalists and other experts.

“It’s valuable for kids to experience being around people who have chosen nature as a basis for their career,” Barton said.

As the three wrapped up their walk, Barton mused about the chilly and cloudy weather, though it didn’t deter him or his kids.

“We’ll still go outside on the cold days,” he said. “Sometimes that’s when you see things.”

Tricia Tillman grew up in Portland, but it wasn’t until she returned after years away that she truly appreciated the luscious greenery and easy access to nature.

Tillman hiked the Eagle Creek Trail in the Columbia River Gorge with some high school friends when she returned after college, and she discovered her inner outdoors enthusiast.

“I decided that I really liked it,” she said. “It’s so beautiful.”

But even as Tillman took in the scenery at Eagle Creek, she couldn’t help noticing that no one else on that trail looked like her, a black woman.

This is a common observation among people of color in the Portland region, she said.

“What I hear over and over again is when people go hiking on their own, they feel isolated because they don’t see people out on the trails who look like them,” Tillman said.

So more than a decade ago, Tillman and a friend, Greg Wolley, founded the African American Outdoor Association. The group organizes monthly outings for black residents in the Portland area, providing a safe environment to explore parks and natural areas that could otherwise feel intimidating.

Tillman’s day job is public health director for Multnomah County Health Department, so she’s also knowledgeable about the health benefits of being outdoors.

“It’s beneficial to your whole nervous system, your mental health and your physical health,” Tillman said.

She hopes that exposing black residents to the outdoors will not only improve their health but also change the way they connect with nature.

“In some ways, it’s about reclaiming the space and breaking through barriers, as well as mental barriers, to create more of a welcoming environment,” Tillman said.

Many participants use the outings organized by Tillman’s group as training wheels to their outdoors explorations.

Tillman has witnessed on countless occasions the spiritual connections participants experience. The joy and wonder they feel when they are outdoors are palpable, she said.
She’ll frequently hear people say, “God is so good,” and “God is so amazing,” as participants are emotionally moved by the beauty that surrounds them.

The outings have also connected participants with their ancestors, who navigated and survived the outdoors to escape slavery, Tillman said.

“People reframe how they think of the woods,” she said. “It goes from scary to safe and liberating.”

And once hearts and minds are changed by the experience of nature, health benefits can begin to kick in. That’s how Tillman describes her own history with the outdoors.

“The enjoyment came first. Understanding the health benefits came later,” she said. “I think that’s what we want to do for other people: foster the fun and wonder. Maybe somewhere
along the line, they can start thinking about their health.”

A growing body of scientific studies shows that spending time in nature has widespread benefits.

• Just five minutes of activity in nature can improve self-esteem and mood, a 2010 analysis of 10 British studies found.

• Walking in nature for 50 minutes prior helped participants perform better on memory-related tasks compared to those who walked in urban environments, a University of Michigan study found.

• Exercising outside has greater benefits than exercising inside. People who engage in “green exercise” have lower blood pressure, higher self esteem and improved mood compared to those who exercise indoors, research shows.

• Patients with access to nature have a speedier recovery from surgery, according to a 1984 study published in Science magazine.

• Children diagnosed with attention deficit hyperactivity disorder experience a reduction of symptoms after exposure to the outdoors, according to researchers at the University of Illinois Urbana-Champaign.

• Exposure to as little as 20 minutes of nature can make people feel more alive, a researcher from the University of Rochester found. The researcher said this method could be a better way to get energized than a cup of coffee.

• Older adults who spend time outdoors every day have fewer health problems, like aching bones or sleep problems, than those who do not, according to research published in the Journal of Aging Health.

• Spending more time outside is associated with a lower prevalence of nearsightedness in school children, according to a study done in Australia.

Read the winter 2017 issue of Our Big Backyard, Metro's quarterly parks and nature magazine, to find fun nature classes, explore nature's impact on health, and catch up on the latest news and features.