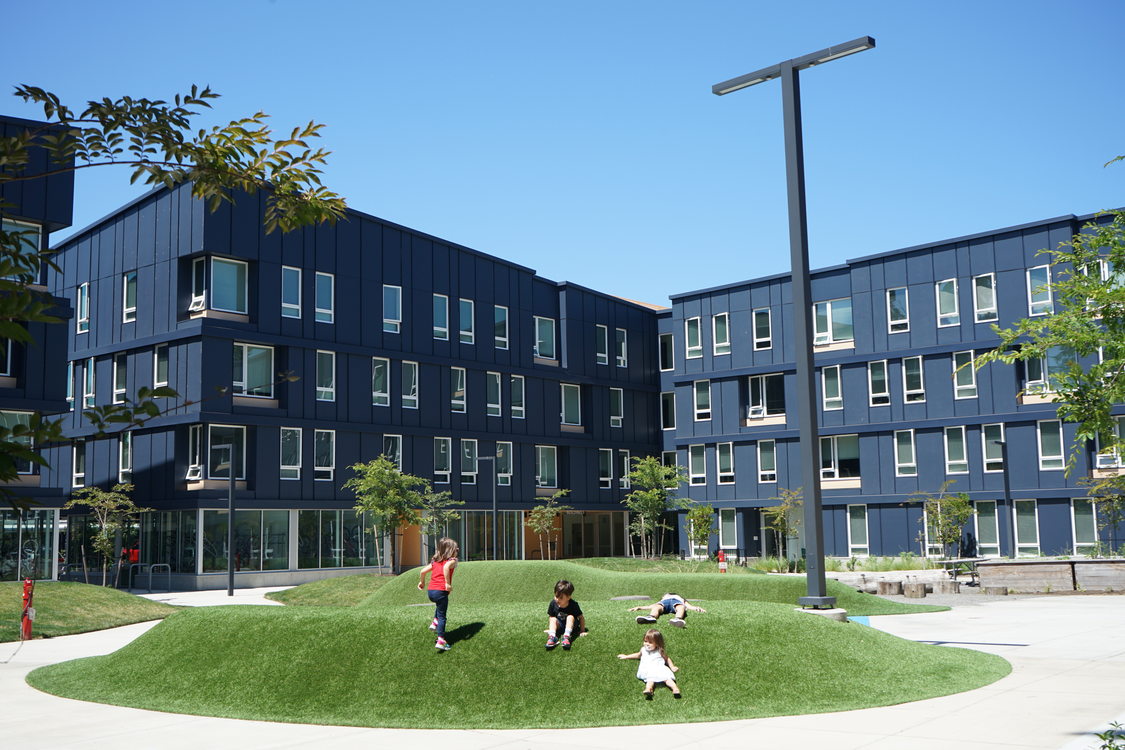 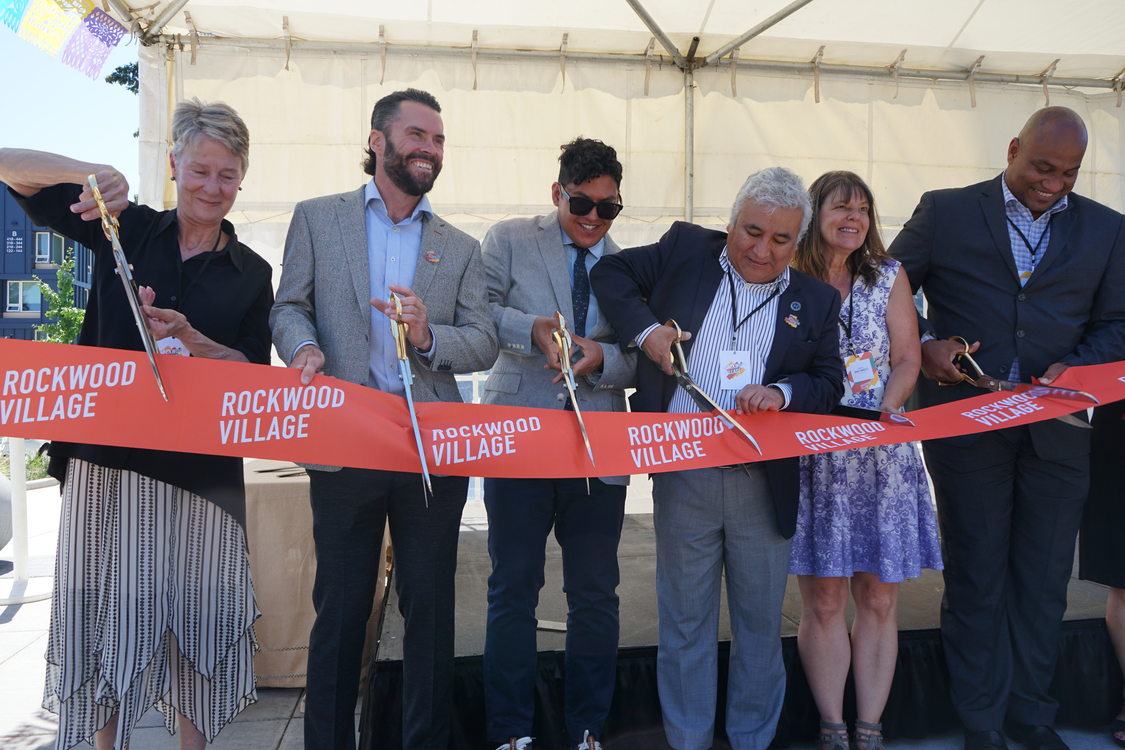 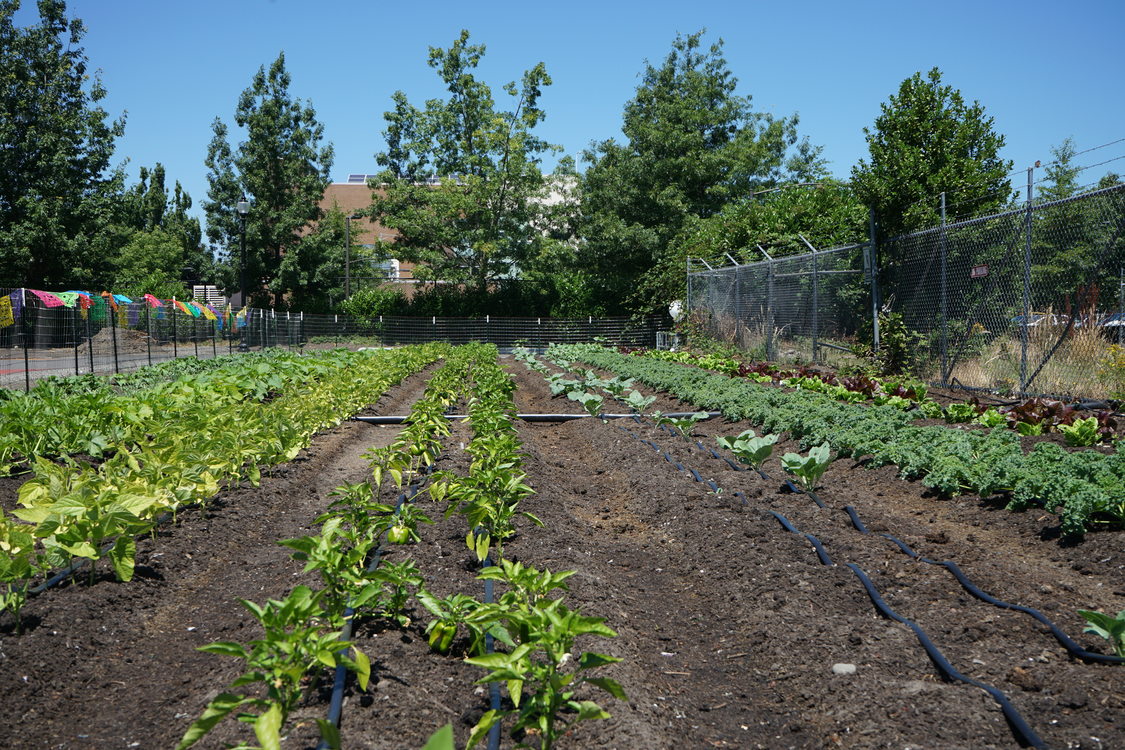 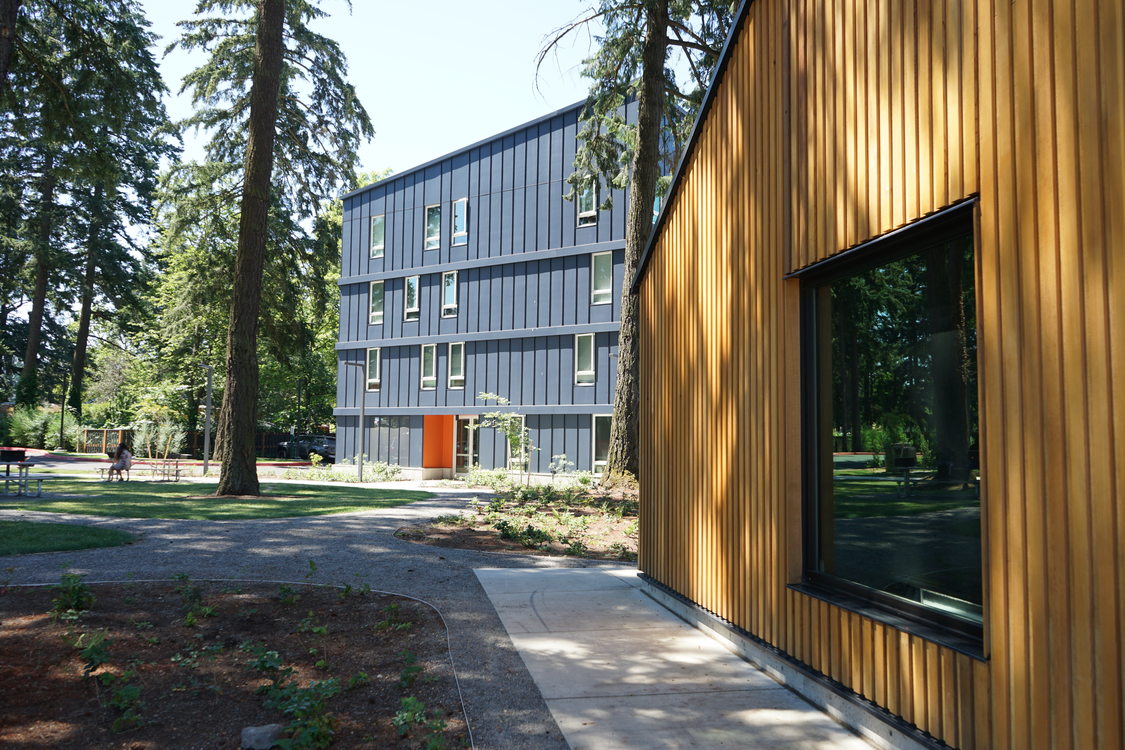 Colorful papel picado banners flutter in the breeze, stretched over Rockwood Village’s common areas. Children glide through on bikes and skateboards, teens relax in the shade of tall trees, and rows of vegetables in community gardens soak up the summer sun. It is the day of the grand opening, and guests arriving for the festivities wander through the breezy community room and public park in the center of the complex, admiring the expanses of green space.

Rockwood Village was the first development with Metro housing bond funding to welcome residents. Thanks to collaborative efforts between the City of Gresham, Metro, Multnomah County, and other nonprofit and private sector partners, this new apartment community brings 224 income-regulated apartments to the Rockwood Town Center area. The apartments – which range from one to four bedrooms – are already 80% full, housing 550 people. Rockwood Village is located across the street from the Rockwood Triangle Area, which is a cultural and social hub for the neighborhood. It’s also adjacent to public transit, served by newly built pedestrian walkways.

Dena Renee Compton and her 10-year-old son Kellen found their home at Rockwood Village after a few challenging years. Since she moved in everything has changed: “It’s just awesome to be here. People get along, we know each other’s names. I feel immaculately blessed that I found such a place, I get to live in such a place.” In addition to an application process that was easier than other apartments she had looked at, the apartment community is a vibrant place for her young son to play and grow.

Taking the stage to welcome guests, Hacienda CDC’s CEO Ernesto Fonseca emphasized that the team’s goal was not just to build places for people to live, but to create a community people can truly call home. Gresham Mayor Travis Stovall echoed this, explaining that the vision extends beyond a place to lay one’s head.

Extensive community engagement helped identify many community needs that were incorporated into the design, concept and resident programming. This process resulted in several green spaces, including a public park with tall evergreen trees that was a private lot for many years. Other amenities include a community center with after school activities for kids and adult programs around economic opportunity, entrepreneurship and homeownership. A partnership with Mudbone Grown supports the abundant community gardens spread throughout the grounds.

Although the project was already in construction when voters passed Metro’s affordable housing bond in 2018, the new funding stream made it possible to designate 47 of these homes as “deeply affordable.” These apartments are reserved for households whose income is 30% of the area median income or less, which is $22,380 for a household of one or $31,950 for a household of four. The remaining apartments are reserved for households making 60% and 70% area median income or less.

Gresham City Council president Eddy Morales described the city as being stronger through its partnerships with both Multnomah County and Metro. Metro Councilor Shirley Craddick agreed, emphasizing the importance of partnerships in the work of building affordable housing and expressing pride that Metro is able to play a role. “The first step out of poverty is a place to live,” she explained. “These 224 units help us move that much closer to reach our regional goal, which is 3,900 units.”