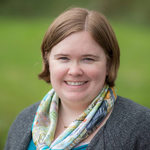 Everything in Councilor Lewis' newsfeed is available via email digest or RSS feed.