Less than a year after greater Portland voters reaffirmed their commitment to solving the region's housing crisis, Metro Council voted Thursday to approve the first of three local plans to address and prevent homelessness across the region.

The council voted 6-1 to approve Multnomah County’s plan to implement the program to bring health care, case management, job training and rent assistance to people experiencing or on the brink of homelessness. The vote is a critical step before first funds from the measure can be disbursed.

Metro leaders have said that the local approach is a recognition that homelessness is a regional challenge requiring regional coordination, but also that the situation on the ground is unique in each county — challenges, opportunities and partnerships look different in Multnomah County, Washington County and Clackamas County. The supportive housing services program is an opportunity to invest in what works locally, and coordinate and share lessons and data across boundaries that build to regional outcomes.

As described in the measure approved by voters, each of the region's three counties must prepare a Local Implementation Plan through an inclusive, racial equity-driven process, before any measure funds are spent within their borders. The plans must describe their local housing and homeless service needs, current and unmet services, and proposed use of funds. Prior to approval by the Metro Council, the plans must be recommended by a local stakeholder advisory body as well as the Regional Oversight Committee.

The Regional Oversight Committee reviewed Multnomah County's plan in early 2021 and unanimously recommended its approval by Metro Council in February.

“This is us coming forward in an area where we have some level of responsibility, but it’s a responsibility in partnership,” said Councilor Christine Lewis, who voted to approve the resolution. “We have some level of expertise –  a level of expertise at regionalism and data and public involvement – but we have to rely on our partners for some of the specifics. This plan demonstrates those specifics. The strategies and tactics laid out are those that are both efficient and effective at moving many people who are chronically homeless off the street.”

Councilor Mary Nolan voted no, questioning whether the county's plan is sufficient to help the region get to the place envisioned by voters when they approved the measure. “I respect and honor that others come to a different conclusion, but because I can’t reach that conclusion that this plan will get us where I believe the voters want us to be and where I want us to be, I vote no,” she said.

Metro Council President Lynn Peterson expressed excitement about the plan. “I know that there is much more work to do,” she said, “but the framework outlined here spells out a path forward.”

Approval of the framework means that it will be incorporated into an upcoming implementation agreement between Metro and Multnomah County. The county's work will be subject to ongoing monitoring and evaluation by the oversight committee and Metro Council as the Supportive Housing measure investments begin this summer, and proceed in the years to come. 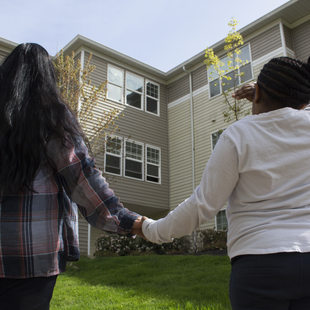