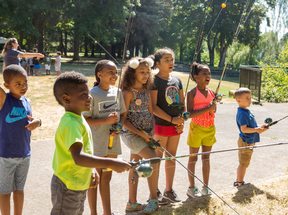 I often hear White educators ask “What should I do?” expressing an earnest desire to move beyond talking about equity and inclusion to wanting action steps toward meaningful change. I will offer you my advice as a fellow educator. It is both a command and a powerful tool for individual and organizational change for those willing to shift their mindset to understand it, invest the time to practice it and hold fast to witness its potential.