Where has our trash has gone, where is it going, and what should be done next about it? A panel of experts addressed these questions at a Let’s Talk Trash event at the Oregon Historical Society Wednesday night.

Landfills were the topic of the evening, and panelists discussed the Portland area’s history of burying garbage.

The region, experts said, has come a long way.

Dennis O’Neil, a retired Metro biologist and landfill expert, kicked the event off with a discussion of how the system has evolved over time. In the 1970s, a landfill was basically a big hole in the ground, he said.

"You took a sand and gravel pit and you 'recycled' it," O’Neil said of landfills.

There were obvious problems with this, O’Neil said. Gravel and sand are highly permeable, and didn’t keep chemicals from leaking into groundwater below the pit.

Eventually, systems were introduced to collect the chemicals, and gas collection systems were added after that.

"And then we got the sanitary landfill," O’Neil said, meaning that the landfill was covered with dirt or other approved material every day, to keep the smell down and rats, flies and seagulls out.

"Before that, a landfill operator wanted to maximize the time he could be running this thing and maximize his income, so he didn’t want to use dirt at all if he could avoid it," O’Neil said. "And not only that, many times, after a while they would torch it off, because the amount of ash is only about one-tenth the amount of solid waste."

This way, O’Neil said, they could continue to use the same hole longer.

"That’s where you heard about the open burning dumps, because they were economically desirable from their point of view," he said.

However, in the mid 1980s, when the last landfill in the city limits closed and officials began looking for a new site, the region’s approach to landfills changed, said Steve Greenwood, deputy director for Oregon programs at the National Policy Consensus Center and former official with the Oregon Department of Environmental Quality.

"It was a paradigm shift," Greenwood said. "We went from the kind of old landfills… to state of the art landfills that use all of the latest technology."

Greenwood explained that new emphasis was put on waste reduction, and finding the best possible locations for landfills, including considering environmental protection.

"We set some precedents nationally, in terms of the process itself, in terms of involving people and informing people," Greenwood said. "People felt, I think, listened to."

Tim Spencer, a manager with DEQ’s solid waste program, said that landfills today are carefully planned, well designed, and highly engineered with environmental protection features. He explained that the main materials used in landfill linings have been tested by experts and will hold for at least 400 years.

"That’s good news for the sake of future generations, but we need definitive answers about the long-term environmental risks of these really large landfills," Spencer said. "In a sense, these large landfills help us waste materials on a grand scale, in effect serving as repositories for wasted resources."

Jen Fuller, a GLEAN artist who in 2011 scoured the Metro’s Central Transfer Station for trash that could be turned into art, said that the opportunity for such accessibility to materials was very exciting to her, but that the amount she saw wasted was disheartening.

Fuller described thousands of dollars worth of materials that had been tossed which she retrieved, including glass, tools, and a $300 North Face bag, still with tags.

"What was most disturbing about my time in the [transfer station], however, was this sort of out-of-sight, out-of-mind mentality that our society seems to be appropriating," Fuller said.

Spencer was on the same page.

"Everything’s throw away now, and it gets back into the production-consumption end of things," he said. "We need to start making better quality products that actually last and can be repaired."

In a question-and-answer session after the forum, many attendees asked about the possibility of burning trash to create energy. Panelists said incineration has its benefits and drawbacks. The facilities are expensive, but they do reduce the amount of waste in a landfill.

"One of the things that we did back in the 1980s at DEQ is we did some polling of Oregonians," Greenwood said. "I don’t know what the polling would be today, but it was a very clear, strong message that Oregonians at that time in the 1980s were willing to pay more for a better environmental result." 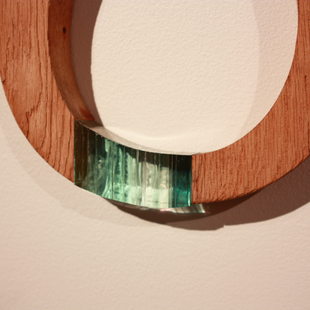