About a dozen speak at Metro Council hearing on urban reserves

About a dozen speak at Metro Council hearing on urban reserves

A plan to designate an area along Interstate 205 in Clackamas County as an urban reserve got another public hearing Thursday, as Metro and Clackamas County look to wrap up the region's 50-year growth plan.

The Stafford area, along I-205 between Tualatin, Lake Oswego and West Linn, is mostly home to small farms, businesses and a few newer homes. In 2010, the county and Metro agreed that it would be included in urban reserves – areas that the Metro Council could use for UGB expansions through 2060.

The three cities surrounding the Stafford area fought the designation, and in 2014, the Oregon Court of Appeals sided with the cities, saying Metro and the county needed to make technical fixes to the urban reserves designation.

The new leaders are moving forward on making the technical fixes to the reserves designations.

The plan does not immediately open the door to development in Stafford. Instead, it gives Lake Oswego, West Linn and Tualatin the flexibility to eventually develop there if the cities decide they want to, and the Metro Council agrees that the cities have a good plan to develop the area.

During an hour-long public hearing, about a dozen people testified with varying opinions on the urban reserves plan. The hearing was also about the reserves designations in Multnomah County, which also require revision after the 2014 court ruling.

"The Stafford Hamlet vision says the Stafford Hamlet was born out of the idea that change is inevitable, including the way we develop," Bernard said. "We are working to develop an (agreement) between Metro and the county that seeks to address their (Stafford’s) concerns."

A few spoke out against the plan. West Linn City Councilor Teri Cummings said the cities surrounding Stafford have opted against developing the area for decades, and will continue to pass for decades to come. She mentioned a meeting of the Stafford Hamlet last week.

"Overwhelmingly, the testimony about Stafford was opposing an urban designation for very strong reasons," she said. "There were no cities willing to supply the services. There still aren't."

The Metro Council is scheduled to have another public hearing on the reserves plan on March 16, with the Clackamas County Commission holding hearings in April. If the reserves plan can be adopted and approved, the Metro Council could potentially expand the UGB near Wilsonville – as that city has requested for years – without having to use soil quality as the primary factor for where to expand the UGB.

The old soil quality rules, which can only be bypassed if reserves are adopted, require new growth to take place in areas that are less suitable for farming and forestry. They’re the rules that in part led to the 2002 urban growth boundary expansion in Damascus, which, in turn, led to the creation of the urban reserves designations that were initially made in 2010. 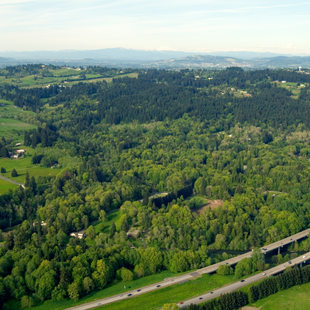