Bylined articles are written by Metro writers and do not necessarily represent the opinions of Metro or the Metro Council. Learn more 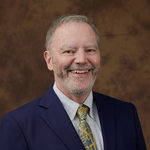