Produced by Her packs Hollywood Theatre for premiere of girls' documentaries

Produced by Her premiered to a sold-out crowd at the Hollywood Theatre in Northeast Portland Sunday, Aug. 28. The evening featured four films created by 11 young filmmakers who participated in the Produced by Her program this summer, along with a selection of films from the POWGirls filmmaking program of the Portland Oregon Women's Film Festival. 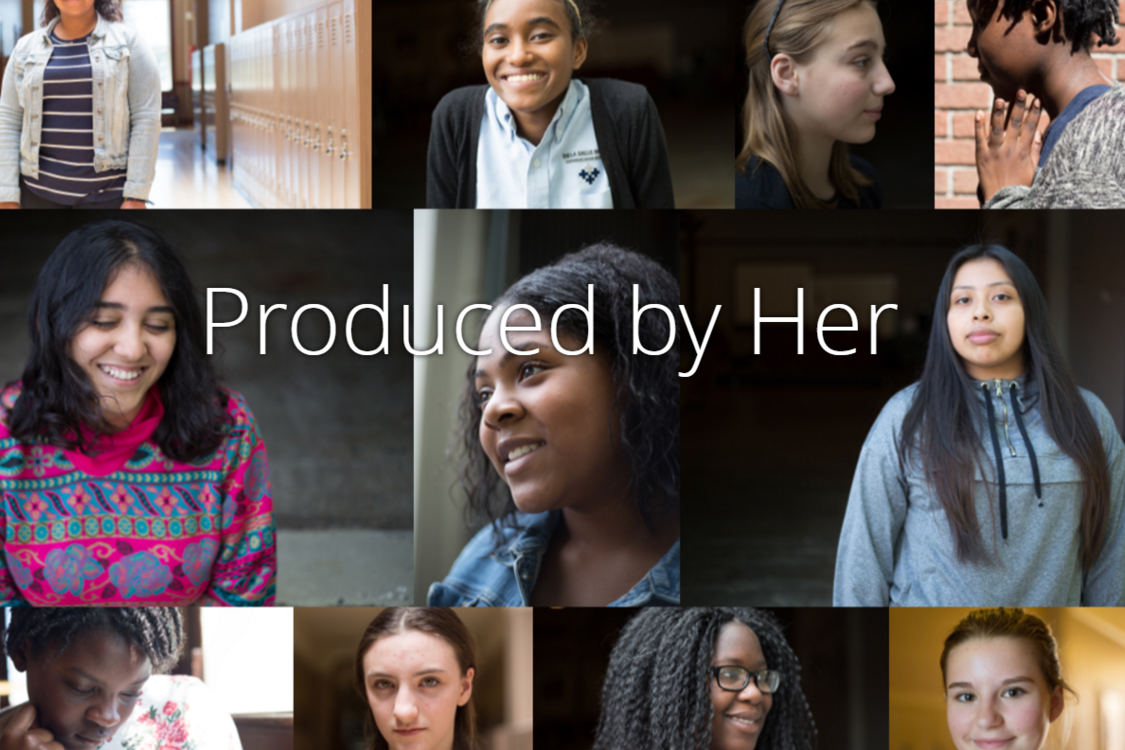 A screenshot of the Produced by Her immersive story page, created by Metro with content from the program. The site includes the films as well as behind-the-scenes information about the program, maps and links to more information.

See Produced by Her online 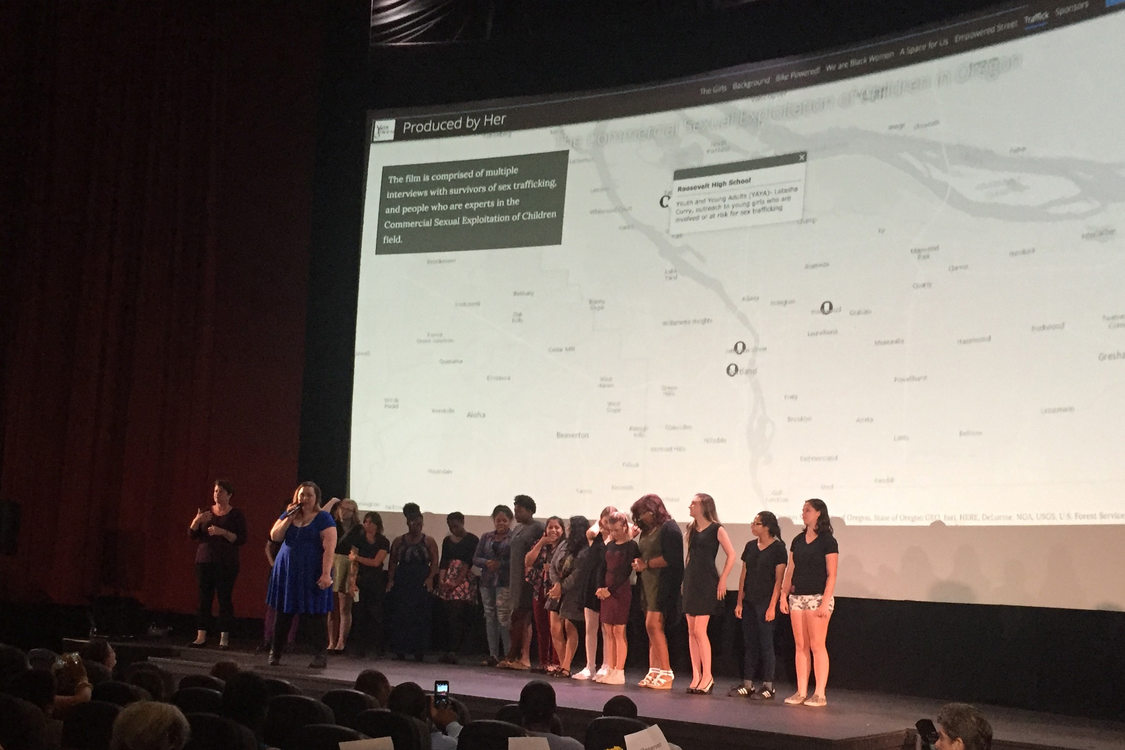 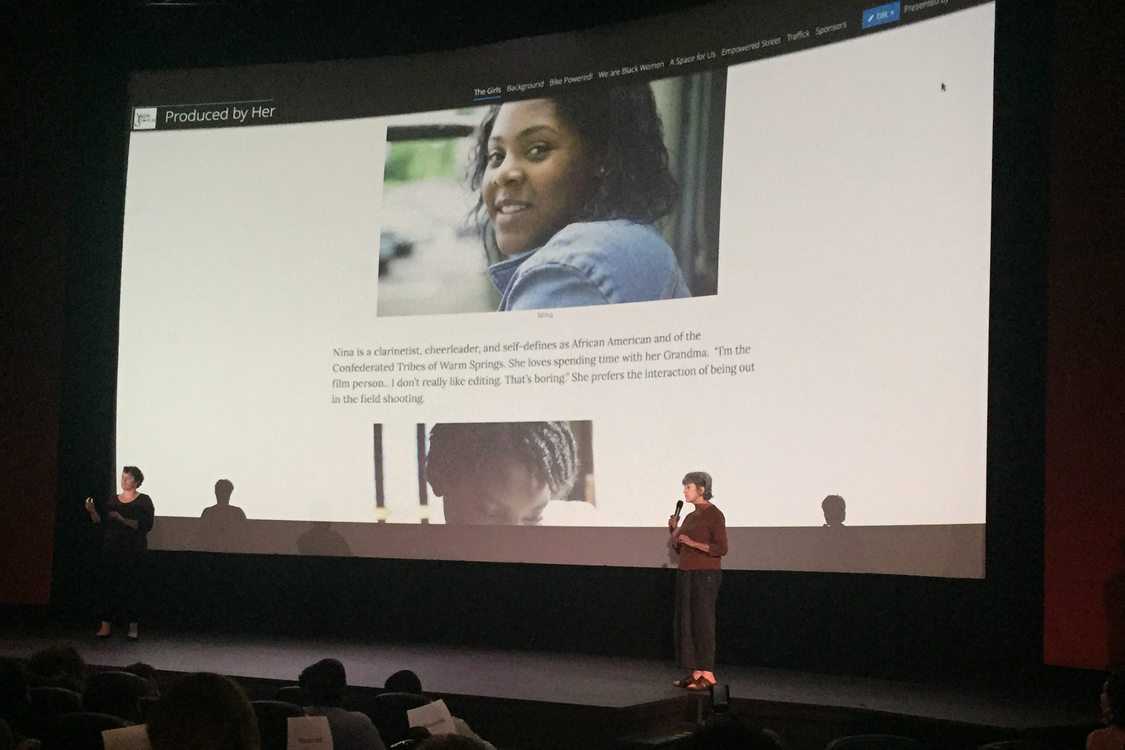 Metro Councilor Carlotta Collette also spoke at the screening on behalf of Metro, a major sponsor of the Produced by Her program. Collette praised the filmmakers for their courageous storytelling and unveiled an online storytelling tool created by Metro staff for the program.

Produced by Her packs Hollywood Theatre for premiere of girls' documentaries

Every seat was filled at the Hollywood Theatre Sunday, as the Produced by Her program culminated with the premiere of four short documentaries made by 11 girls this summer.

Facilitated by creative change agency Vox Siren, Produced by Her was a unique opportunity for adolescent girls to develop, direct, write and edit their own films on topics they want people to know about.

The young filmmakers chose challenging topics for their films:

For each film, the filmmakers identified subjects to interview, wrote scripts, chose music and completed all the filming and post-production. All in the span of five weeks.

Metro was a major sponsor of the program, which brought together a diverse array of partners and sponsors, including Girls Inc. of the Pacific Northwest, NW Documentary, Travel Portland, Cycle Oregon, the Bicycle Transportation Alliance, Portland Community Media, Upswell and more.

The Sunday premiere at the Hollywood featured all four films along with a making-of documentary about the program, as well as a selection of films from the Portland Oregon Women's Film Festival's POWGirls program, which also trains girls in the art of filmmaking.

As part of the Produced by Her program, Metro staff created an immersive online story site of the films and the participants' experience through the summer.

The site includes the films along with biographies of the participants, maps of their experiences and behind-the-scenes information about how the program was created.

Experience Produced by Her online