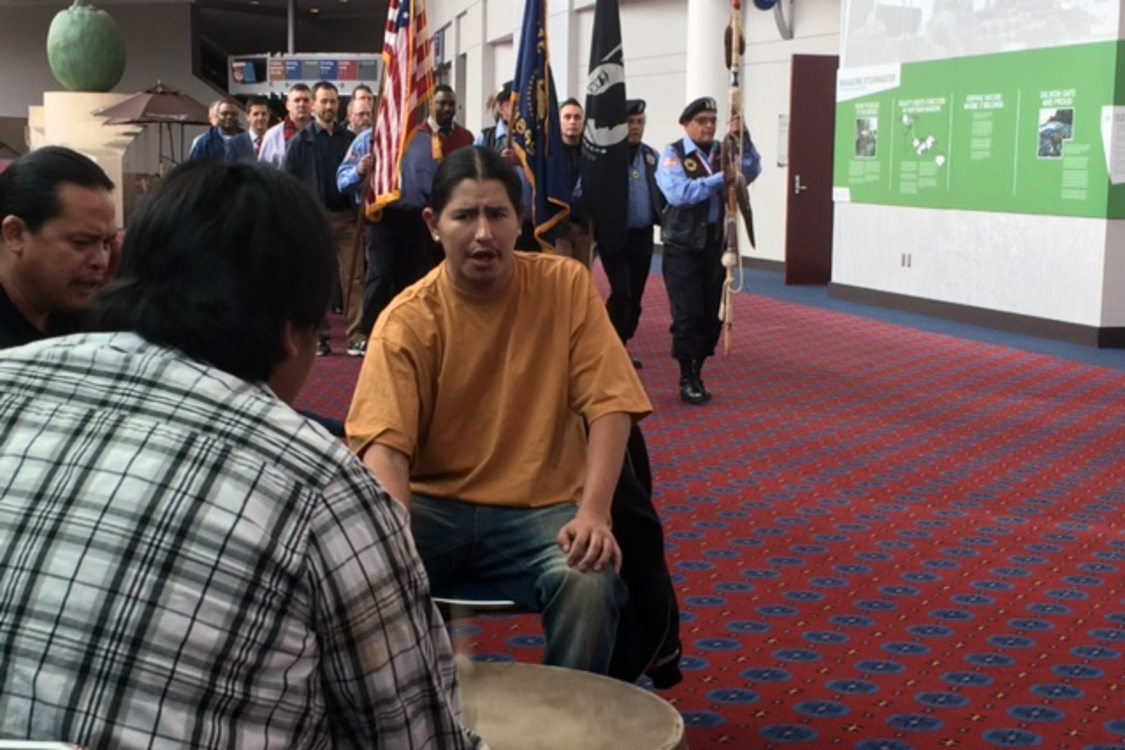 Drummers from Warm Springs heralded a color guard from the Northwest Indian Veterans Association, leading about 15 veterans who work at Metro to the ceremony in the Oregon Convention Center lobby. 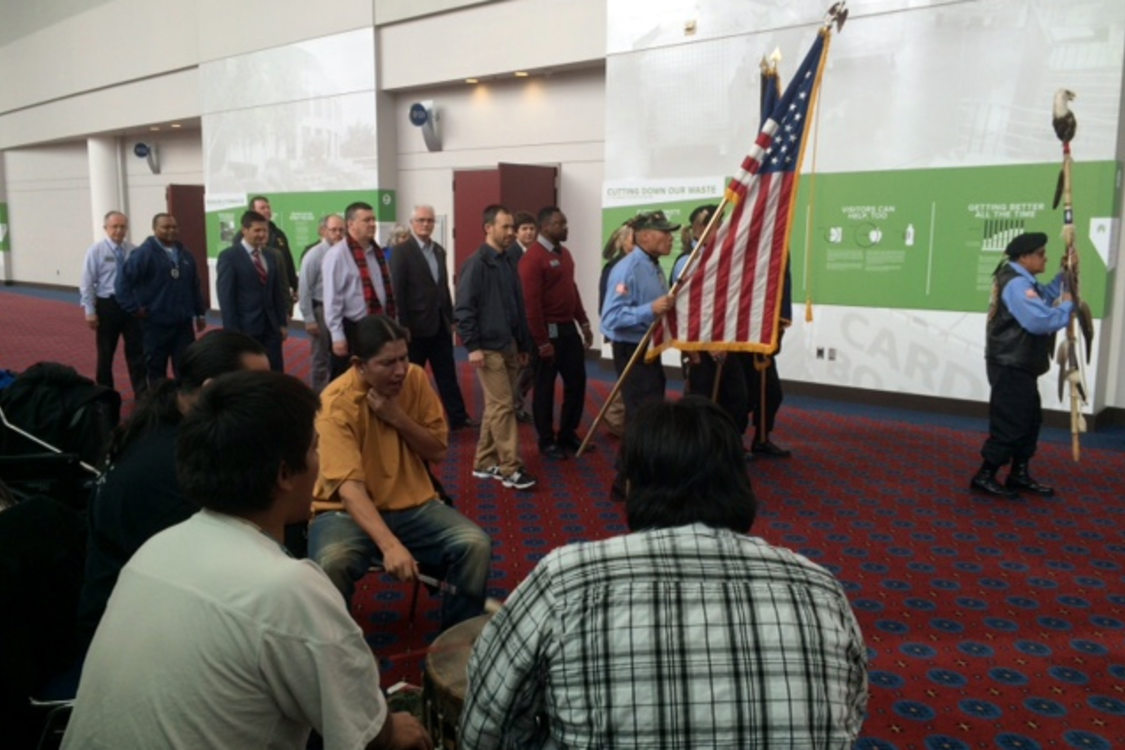 The event, commemorating both Native American Heritage Month and Veterans Day, honored both the service of veterans who work at Metro and a tradition of Native Americans serving in the country's armed forces.

“Service to our country runs in families,” said Metro property and environmental services director Paul Slyman, a U.S. Coast Guard veteran and the father of an Air Force cadet (third from left, in blue suit). “And it runs in communities. And we’re fortunate to be part of a very, very special community here.”

Veterans come from every walk of life and work in nearly every profession imaginable.

Yet it's often a surprise to many that people they work with every day are veterans – whether they served in peacetime or at war, domestically or abroad.

On Tuesday, Metro recognized veterans on its staff with a Native American honoring ceremony in the lobby of the Oregon Convention Center. A Native American drum group from Warm Springs offered songs to bring in the Northwest Indian Veterans Association color guard, which led about 15 of Metro's veterans down the great hall to be recognized before Metro councilors and staff.

Property and environmental services director Paul Slyman, a U.S. Coast Guard veteran and the father of an Air Force cadet, remarked on the significance of service.

“Service to our country runs in families,” Slyman said. “And it runs in communities. And we’re fortunate to be part of a very, very special community here.”

Native Americans have the highest per-capita participation in the U.S. military, she wrote, and honoring veterans is an important part of modern Native American culture – indeed, such recognition is included in every powwow.

"In the Native American community, warriors are honored by their family and their Tribe both before going into service and upon their return," Bennett wrote. "United States military service provides an outlet for Native Americans to fulfill a cultural purpose rooted in tradition – to fight and defend their homeland."